Home About Gdańsk Brief History of Gdańsk
About GdańskDiscover Gdańsk 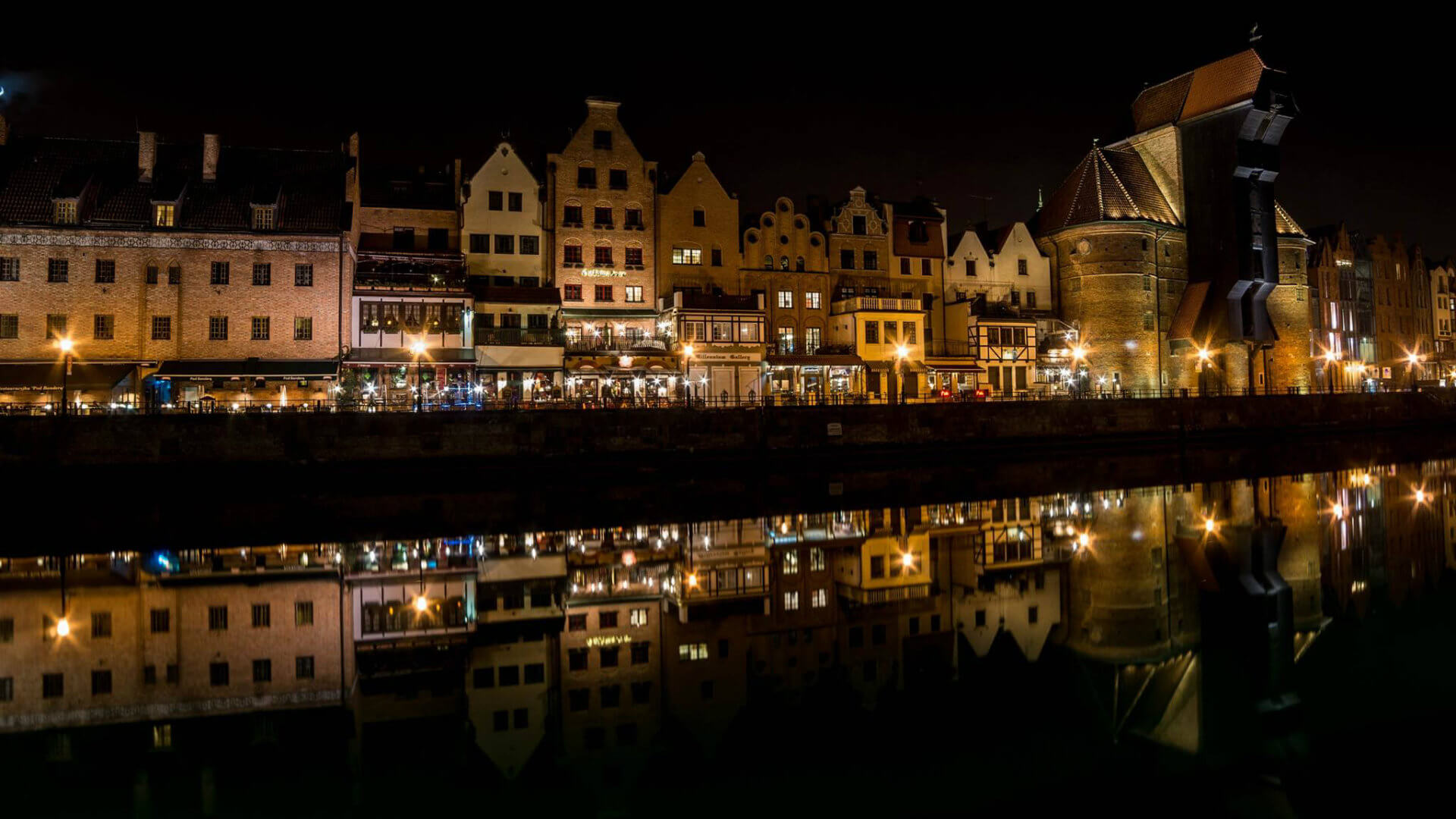 Photograph taken by Sorin Lucian – View on Merchants houses and the crane from the other side of Motława river in Old Town by night.

A Brief History of Gdańsk

About 37 million google searches direct to Gdańsk (Danzig in German), the 4th biggest city in Poland, capital of the Pomeranian Voivodeship (province), the city of Lech Wałęsa, shipyards and port city to the Baltic Sea.

Old Town, Main Town, New Town, Young Town, … What’s in a name?! When asked about the whereabouts, people from Gdańsk will refer to their city in a proud way. Usually, nobody will mention the district, suburb or quarter they are living in, not to confuse people.

Below I give a very short outline of the history. If you are interested to learn a lot more, please visit the awesome resources on the internet like wikipedia for example (check the links below).

Old Town, the heart of Gdańsk

The Old Town is the part of the city north of the modern city center. Places you can visit there are among others: Gdańsk Granaries, Gdańsk Mills, Gdańsk Town Hall, Monument of King Sobieski, The Polish Post Office, Preachers’ House, several old buildings and churches.

Main Town is the central, historic part of the city. It is located on the western bank of Motława, south of the Old Town. At the east you there’s the Granary Island. The Main Town area was rebuilt after World War II. You can visit some of the city’s most famous historical monuments here: St. Mary’s basilica, Golden Gate, Artus Court, Neptune’s Fountain Statue, Main City Hall, the Royal Route, Long Lane and Long Market.

It was founded in by the Teutonic Knights in 1343. They were hired by the Polish king to restore order. Fifteen years later Gdańsk joined the Hanseatic League or the Hansa. The purpose was to secure the interests of the members of the league both economically (secure trade routes) as diplomatically (in their own countries). All merchant guilds part of the league had their own laws and promised to help each other out military if needed. The Hanseatic cities were very powerful. They achieved this by influencing kings and politics in general into their favour.

King Casimir IV of Poland granted the town with the Great Privilege in 1457. Each king could grant a city with exclusive city rights. This privilege allowed Gdańsk to develop itself in terms of economy and rule independently. During this time the Main Town united with the Old Town.

Between the 15th and 17th century Gdańsk lived in the Golden Age. Gdańsk was at its peak of power. Poland traded among others with Dutch, Italian, Spanish, English, French merchants.

The main Town was most hit during World War II. It cost the Polish local authorities a lot of effort to rebuilt the historical buildings in the old classical way. This is mainly in the Dutch Mannerism (Abraham van den Blocke)/Renaissance style. The idea was to emphasize Gdańsk’s rich multi-cultural tradition, with Flemish (Abraham van den Blocke), Italian and French influences.

The Kingdom of Prussia was a German kingdom that was ruled by the House of Hohenzollern. From its existence in 1701, Prussia would thrive for more than 200 years. Parts of present-day Germany, Poland, Russia, Lithuania, Denmark, Belgium and the Czech Republic became part of the Kingdom. Prussia was the leading state to unify all these parts into one German empire. The empire with Berlin as capital would flourish for 30 years until its end in 1918.

The Free State of Danzig

Gdańsk was annexed by the Kingdom of Prussia at the end of the 18th century. Many Germans settled in Gdańsk. After World War I Gdańsk became by the Treaty of Versailles, the Free City of Danzig (Freie Stadt Danzig) consisting of an overall majority of Germans. This lasted for almost 20 years during both World Wars. When Hitler came into power he dreamed of restoring the proud German empire again. He started symbolically his attack in Gdańsk.