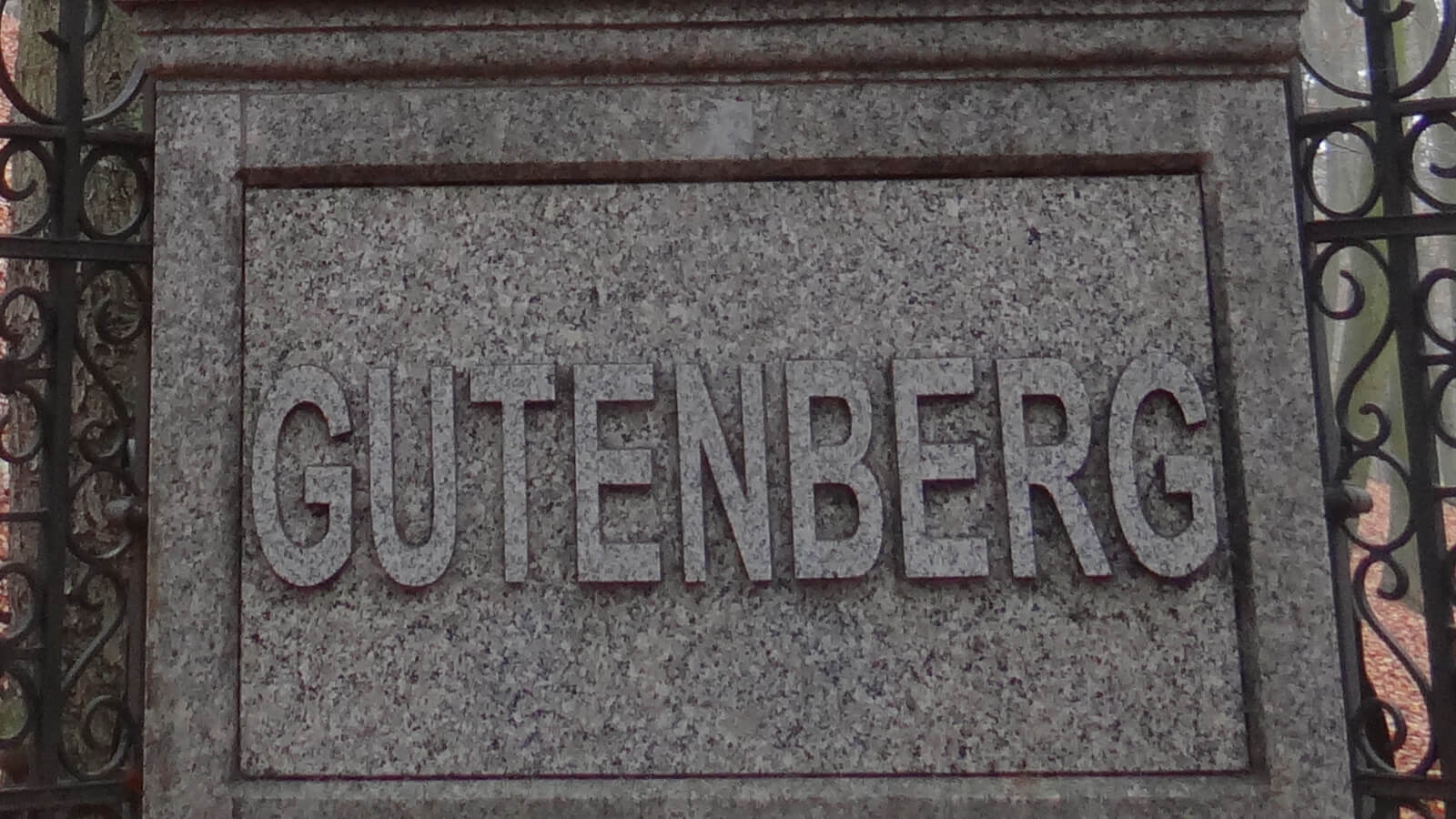 Gutenberg’s name will always be linked to the printing press.

The German born Gutenberg inventor, printer, and publisher perfectioned the art of printing in Strasbourg, France in 1440. Before his time books were handwritten. By inventing the printing press books could be ‘printed’ on a much faster and bigger scale than ever before thus making it a ‘printing revolution’. 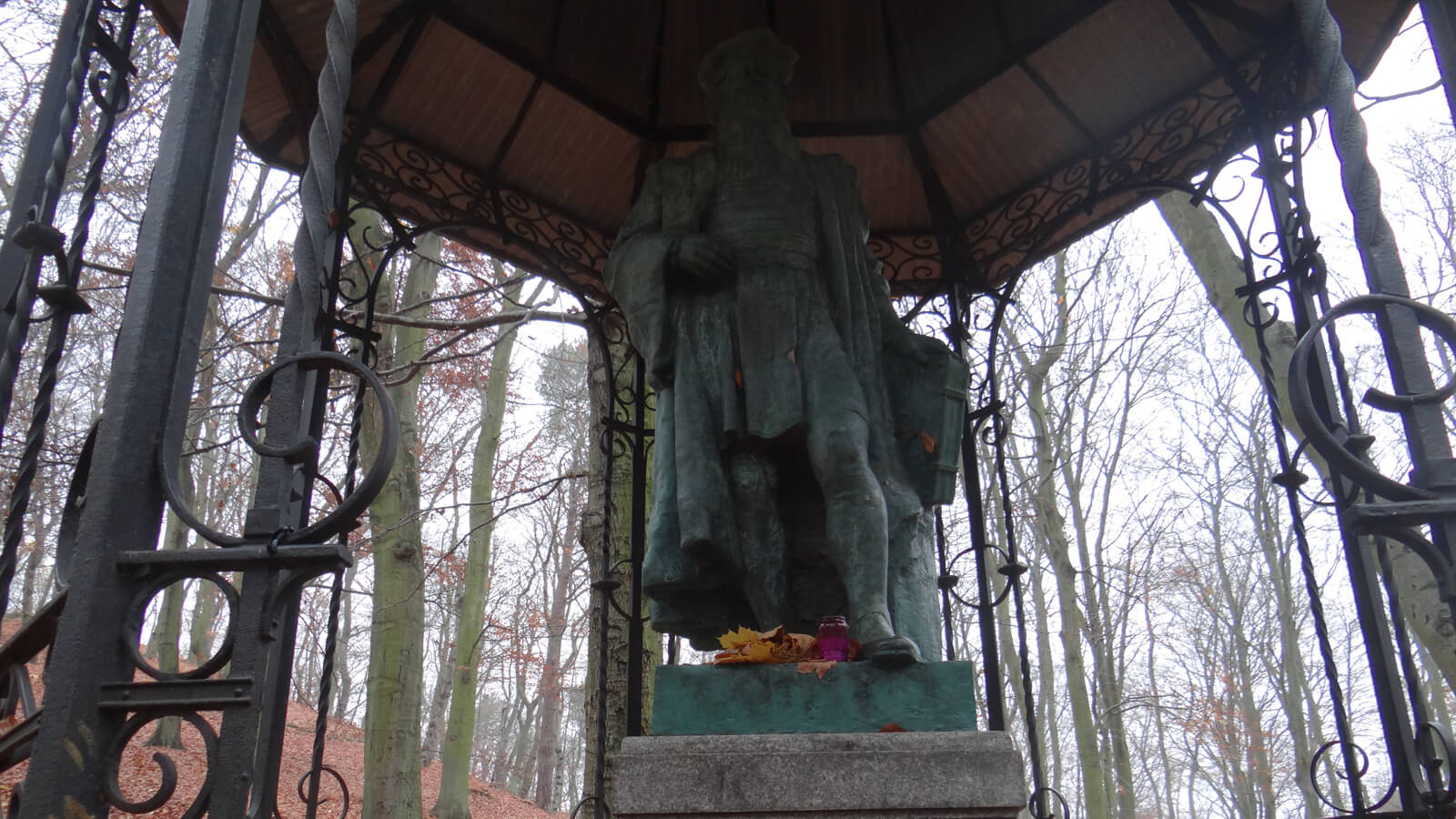 While on a walk in the Jaskowa Dolina forests in Wrzeszcz, you can encounter the Gutenberg monument.

His arbor was erected in July 1840 on the occasion of the 400th anniversary of the invention of the printing press. In 1890 a wooden gazebo was replaced with a metal one made from iron and zync in the Victorian style. At first, a bust stood in it, and around 1895, a more than 2-meter statue of Gutenberg from bronze, funded by A.W. Kaufmann, a well-known Gdańsk publisher and printer.

The monument disappeared from the pedestal around 1945 and its replica returned to its place in 1998. Unfortunately, it quickly was vandalized. The renewed figure was unveiled during the celebration of the Printer’s Day celebrations in 2004.

An idea how Gutenberg’s printing press worked you find in the youtube video below even though there are of course lots more (just hit as keyword in youtube: Gutenberg press demonstration). Please let’s focus on the educational aspect as all the details/actions are shown completely in this video.

While searching for an educational video in YouTube, I found something that is fun and might arouse your interest in the printing theme: Why not make your own simple printing press…

Gdańsk – Wrzeszcz, a clearing in the forest at ulica (street) Jaśkowa Dolina, access from ulica Pawlowski.

Finding it with your GPS, use the following coordinates