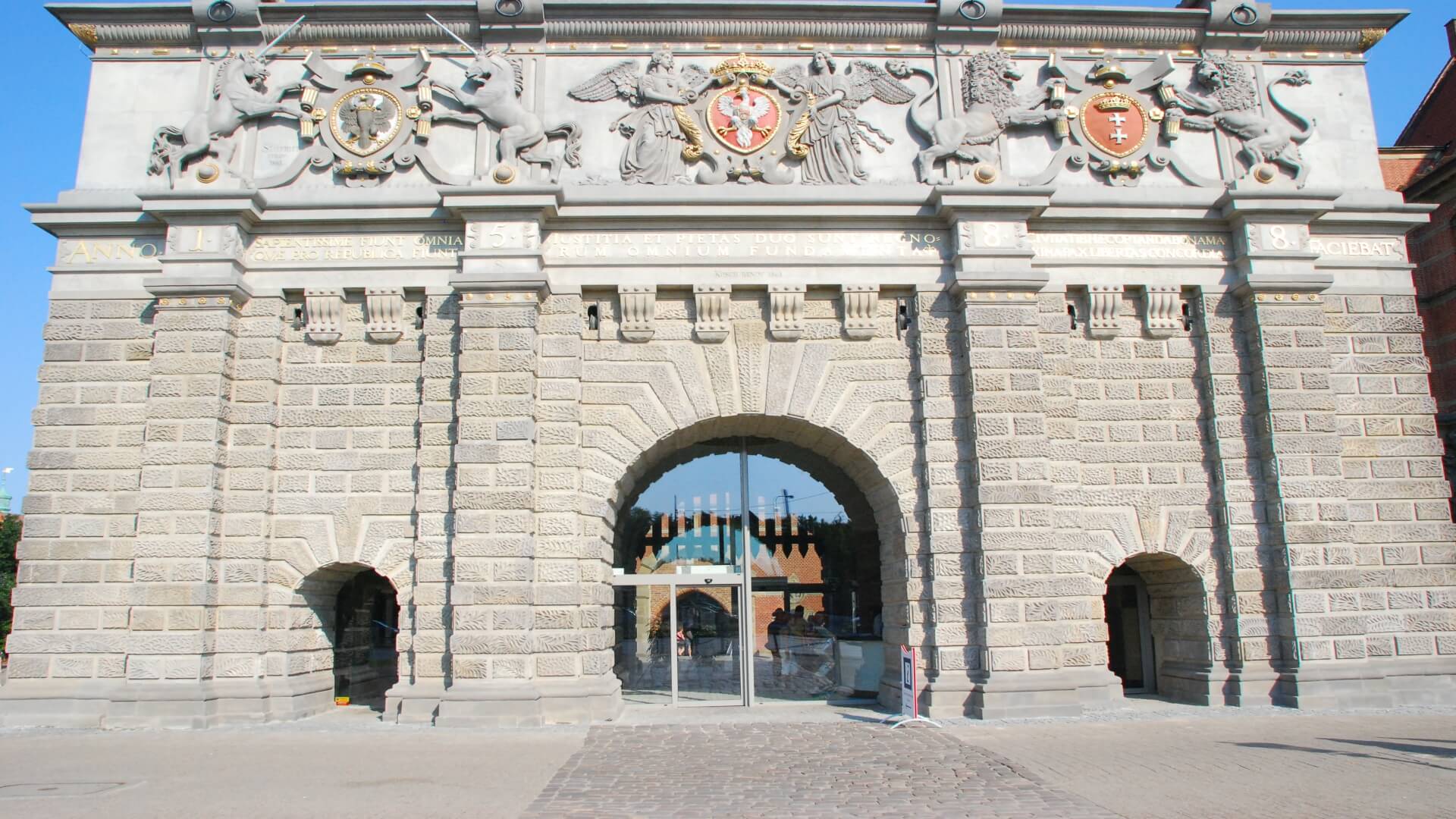 Upland Gate in Gdańsk, Front side from the street side, the most impressive gate, starting point of the Royal Route. Today a tourism office is hosted inside the gate. Above the main entrance and the two side entrances, you see the coats of arms of Prussia (left), Poland (middle) and Gdańsk (right).

The Upland Gate is probably the most impressive gate for tourists to see. It dates from the 16th century. Historically it was the most important gate leading into Old Town Gdańsk. The King started his route inside the city at this gate. Walking through this gate, is walking in his footsteps. It’s the beginning of the Royal Route. The gate got its name because of the way it was built in relation to the moat surrounding the city: ‘up-land or higher-land’.

The gate has been fortified several times. Hans Kramer from Dresden is the designer and architect who supervised the works. Willem Van Den Blocke created the composition of the sculpted leaves on the walls.

Rich cities are liked by other kings

Every king liked cities with economical or strategical importance very much. Kings usually demanded their trading cities to pay lots of taxes. The richer the city, the more taxes it had to pay. Foreign kings wanted to conquer these rich cities too, to have a new source of income.

A trading city like Gdańsk had a private army financed by its merchants. These soldiers were patrolling on the walls and stood guard on top of the gate. Rich cities had to protect themselves. At times they couldn’t rely on the king’s protection. The entire city was surrounded by thick walls at the same height than the several entrance gates. There was also a moat surrounding the city outside. Just as in a castle, there was a drawbridge. It could be lowered and raised via a pulley system. You can still see inside the gate how the pulley mechanism looked like. 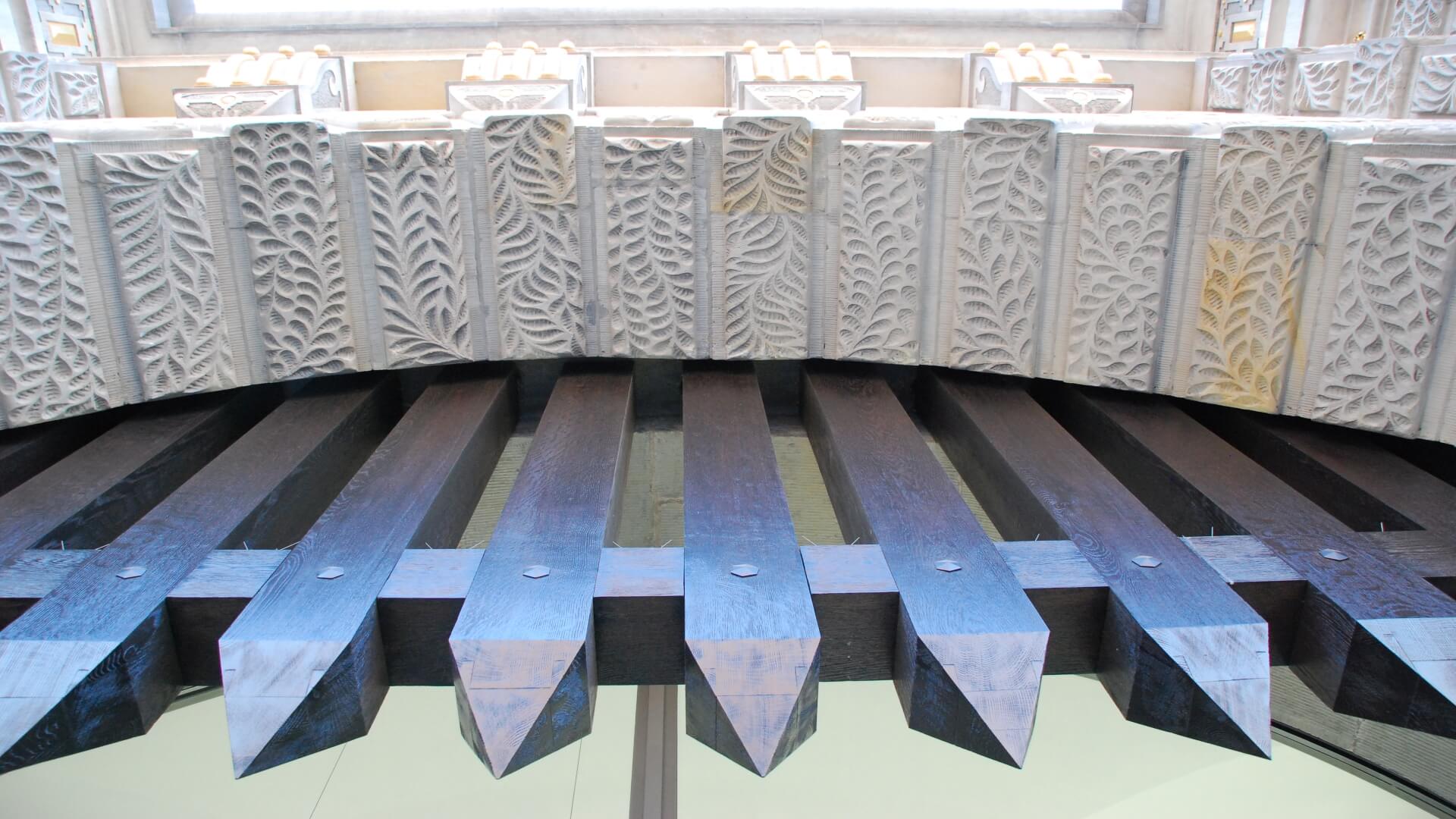 A portcullis in the Upland Gate. This served as extra defense. Especially at night or during wartime it would be lowered completely. This defense in the gate made it harder on attackers to break through. Willem Van Den Blocke created the composition of sculpted leaves on the walls.

Kings received the key to the city

Normally the gates would open during the day and be completely closed at night. At the Upland Gate, Kings received the key to the city. This had a symbolic meaning. Whenever the king would come, the gate would always open for him even if at night. It meant that he was welcome at any time.