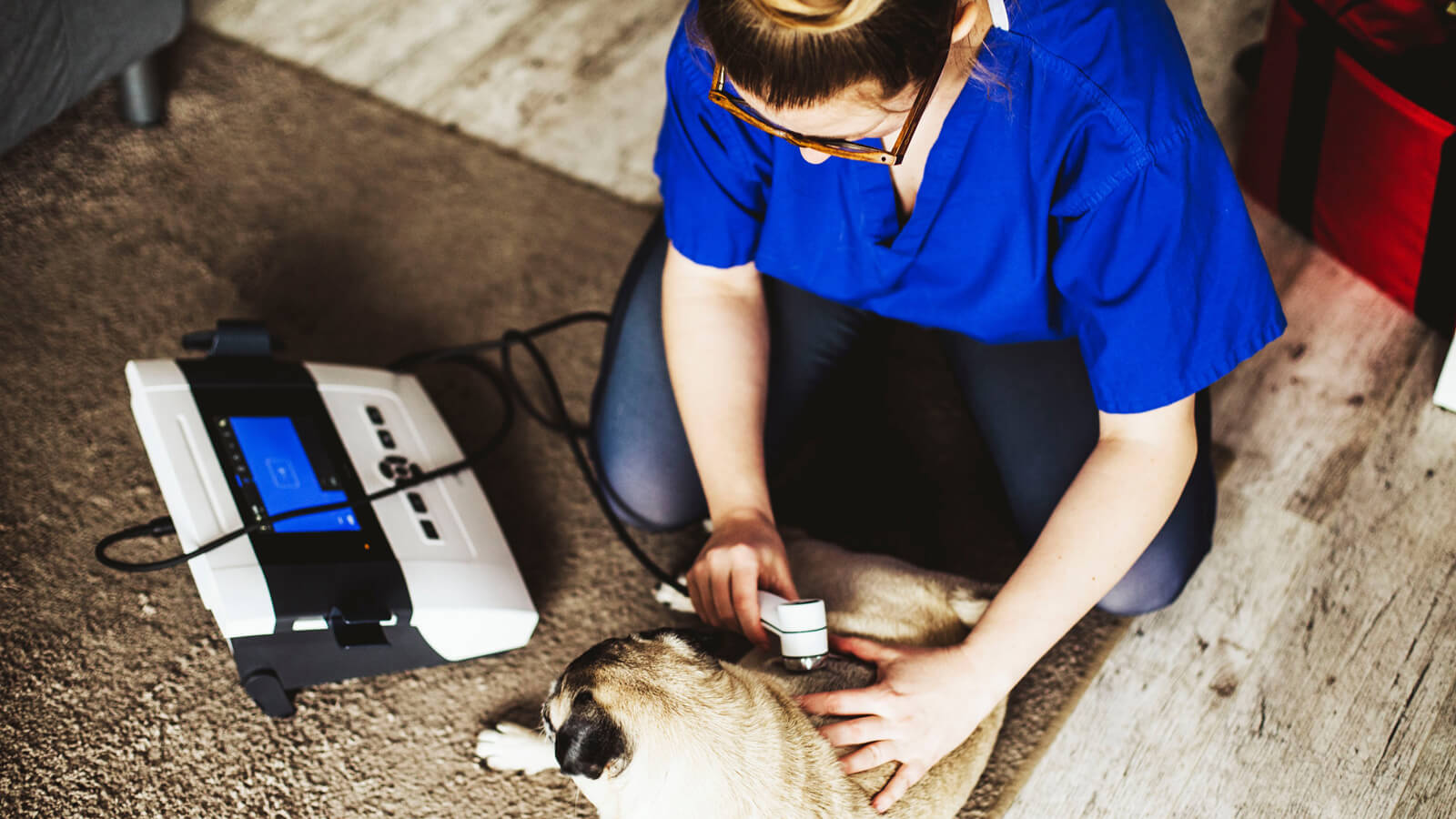 What I admired when meeting Agata, is the passion she talked about her physical rehabilitation centre for dogs, called ‘Psiruch‘. There are all sort of dogs of different sizes coming to her centre. As you may have a pet in Gdansk that is in dire need of rehab, I thought it useful to write a story of a specialist in that matter. Thank you Agata for your time.

What would you do after your master degree in philosophy and law? When Agata completed her studies she specialized into law for companies. Very soon she decided she had to pursue her dream and go into a totally different path. That’s how she became interested in photography. Agata was making a series of photos to document meetings with pugs.

One of her colleagues had a pug and she posted funny photos of her pug on Facebook. It’s enough to have a look at them: facial expressions, curly tail, little ears, flat nose… deep inside Agata knew, she also wanted to have a pug. She did not want to buy a dog but rather wanted to adopt one. As she browsed the net she came across the ‘Rescue pugs’ foundation in Poland. When she got in touch with this organisation, she rapidly became interested in both the brand as the organisation. 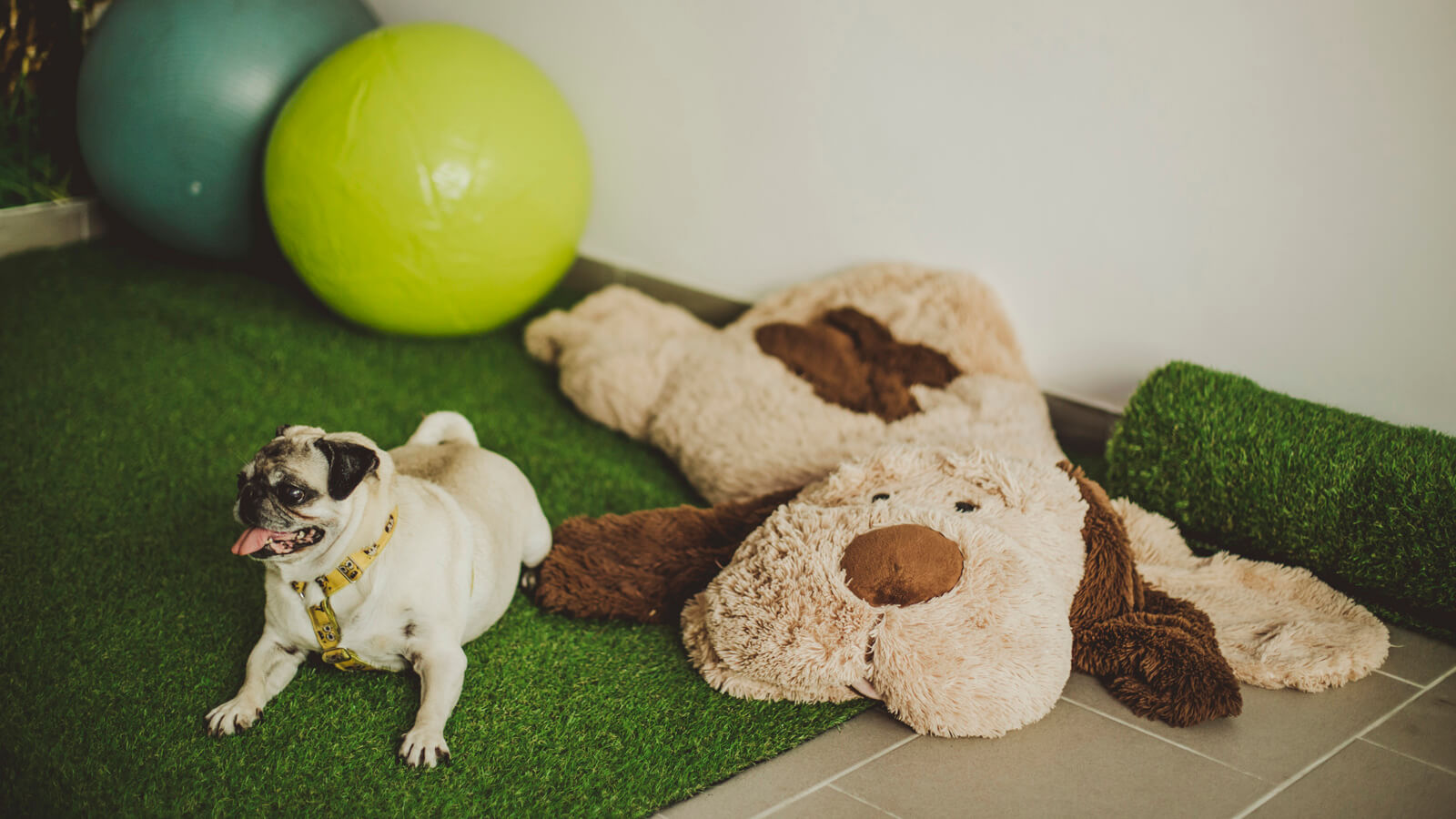 I can relate as I have dogs on my own and also 3 pugs what it feels to have them in your own. Certainly when 2 of the 3 got adopted. Agata has a similar story with her 2 pugs: Bułka and Piggy.

Bułka was at a temporary home for a week at Magda’s, a colleague’s home, waiting to get adopted. A few dogs were taken from a pseudo breeder and were kept in a cellar. She was rescued together with some other dogs by the association ‘Rescue pugs in Poland’ and ended up in Warsaw waiting for a permanent home. Since Agata knew Magda as a colleague, she knew that she wanted to adopt Bułka.

Two or three years later she got acquainted with Piggy who was very frightenend from everyone, even from her mother, trusting only her. At first she wanted to keep her as a temporary home but very soon she decided to keep her permanently.

Starting a ‘Business for Dogs’

How do you make from your passion your job? For sure lots of people struggle with this. For Agata it went like this…

The 2 pugs were getting older and Agata decided to go to Wrocław, another Polish city, to follow a massage course for her 2 dogs who were experiencing some issues. This was not with the intent to start a business at this time. After the course completion, she worked on her own dogs and they liked it. She liked it as well and it struck her:

I had to go for a full course for therapy for dogs in general.

Some months further and meanwhile Agata can count on dog owners who come with all sizes of dogs: from small to huge ones. She rents a place where you she has her ‘cabinet‘, a room where she treats dogs and provides them physical rehab. 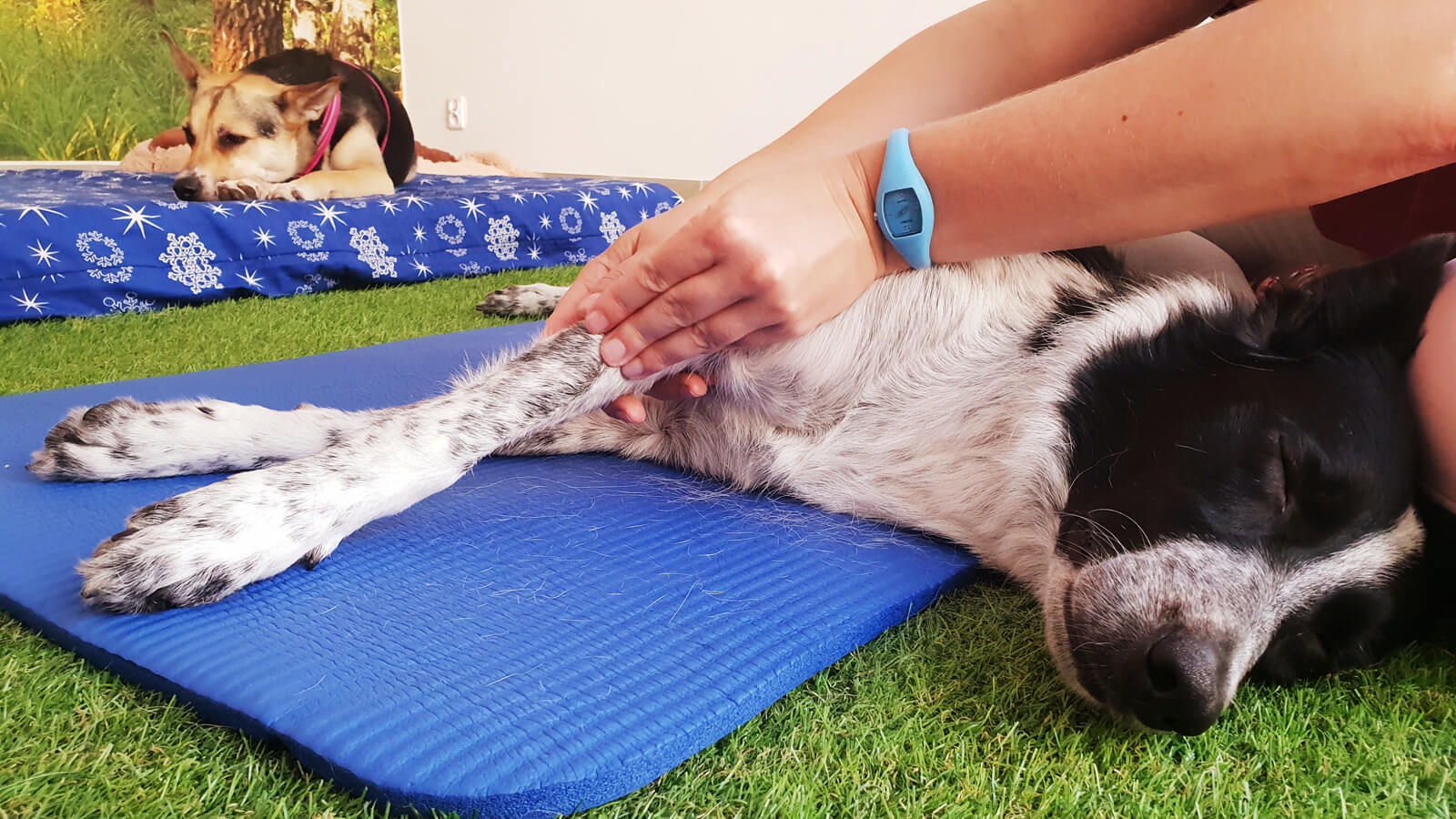 Agata’s massage help the dogs to recover in the best possible way.

May 2017, Agata decides to starts ‘Psiruch‘ (Psi = Dogs & ruch = move). The main reason she started that course was to help her dogs move in a better way, to apply physiotherapy to bring back the ability to move and be mobile. Laser, ultrasound treatments and special appliances for exercises are helping the dog’s revalidation, using amongst others fitnessballs for dogs, etc.

Agata does special workshops called ‘dogs toys’ to learn/enhance their smell, sense of curiosity. It brings fun to the workout and enables dogs to be kept busy in an educational way, which is good for them.

Sometimes she is receiving requests to massage dogs before the dog is to participate in dogs sports and competitions like agility, Frisbee, fly-ball, obedience, raili-o. To check out whether these dogs are in good condition, she gives the exercises on how to keep the forms.

She has more and more work as the public awareness is increasing. More operations are done and afterwards the physical therapy is important to improve their health. When people are unable to come to her place, she goes to clients who find it easier to have their dogs treated, like in our case for example: she taught us how to massage our pugs.

If the dog is aggressive she does not work with the dog as the owner has to tackle it. The general trend what she notices, is: the bigger dogs are, the better they are trained. Owners of big dogs realize that training their dogs is the only way to keep them under control to avoid having problems with them. Smaller dogs can create more problems in a way as their owners do not see the point in giving them a proper training. In this way Agata recalled that a Chihuahua wanted to bite rather than any big dog that she ever treated thus far. 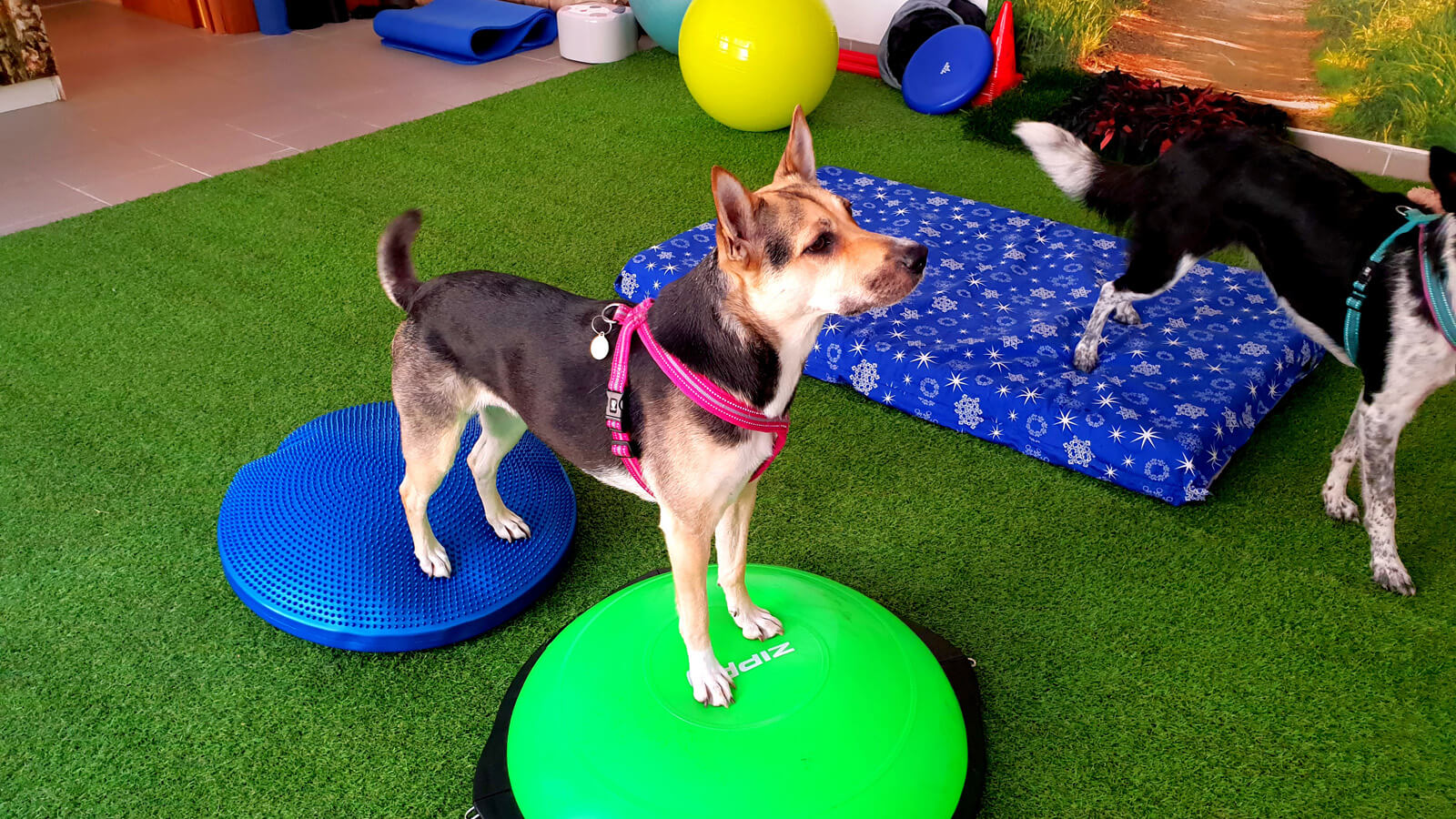 All kind of dogs are following physical rehabilitation sessions at ‘Psiruch’, from small to big dogs.

Seeing what people are sometimes doing to dogs, dumping them heartlessly and seeing them in shelters… I was glad that also Agata had some similar advice to give…

Please adopt a dog rather than buying one! A dog also deserves a second chance for a better life!

There are lots of dogs in shelter that are waiting for adoption.

Match the dog with your lifestyle!

Each dog that can be educated can be good with kids.

From my own experience, for god’s sake, please do some research before you get a dog first. It is not a toy! A dog has a specific personality and character. Yes any dog that can be educated can be good with kids but again… it all depends on the owner and the education that the dog receives.

Talking to your pet improves the relationship between dog and owner

You need to talk a lot to the doggies as they understand a lot. It’s very good for their brains as well. The interaction between the dog and the owner are deeper and more complete. 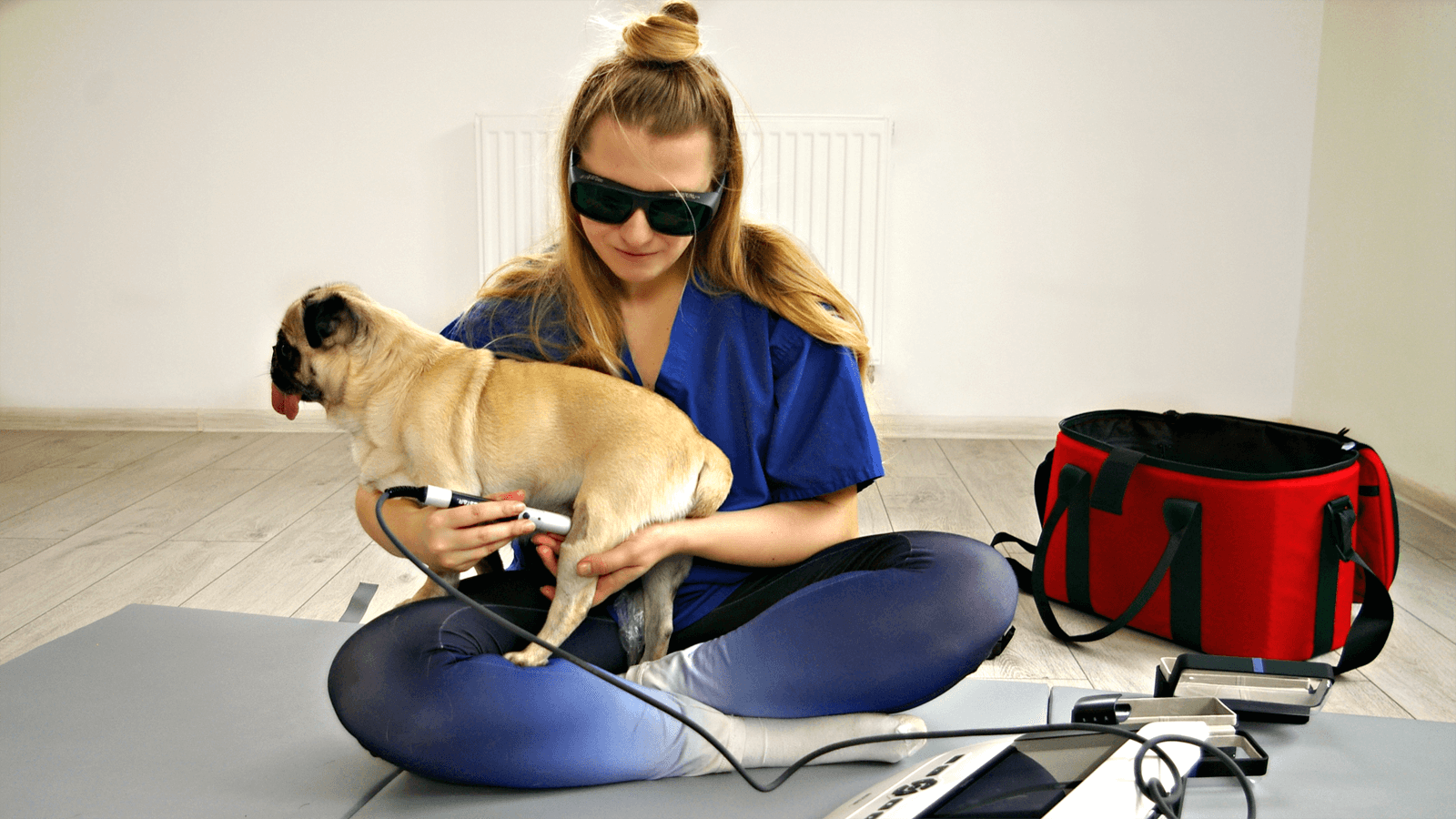 Due to her job Agata works closely together with kennels and vets.

Agata has a hopefully opinion about shelters in the Tricity region. There are no legal conditions to move dogs out of the shelter as they are supposed to be kept inside. Overall, the living conditions of animals in shelters are improving as shelters are doing different refurbishments and making investments to expand. Some of the shelters are brand new, like in Sopot for example.

Vets recommend her as more and more physiotherapy is recommended being part of the physical rehab process after dogs have had an operation.