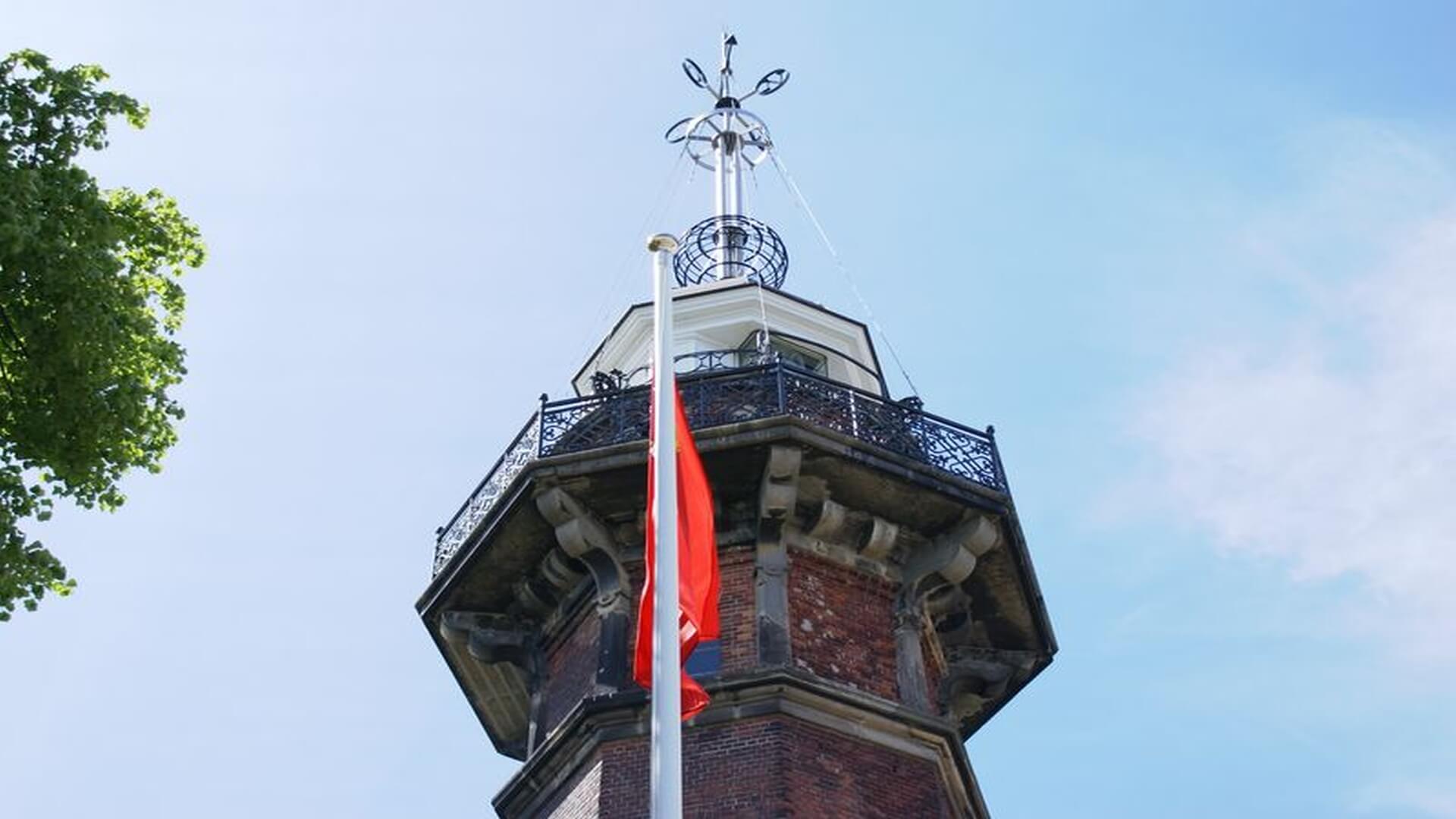 View of the upper part of the lighthouse with the unique time ball that enabled sailors to measure time accurately when sailing out.

From this lighthouse the very first shots were fired to Westerplatte, at the opposite side of the Vistula river, in September 1939. This started World War II. The lighthouse is up to 27 meters high and is located next to the ferry terminal to Stockholm. It was built in 1893 and functioned over time as a lighthouse, harbor pilot’s tower and time-ball station. In 1984 the lighthouse got decommissioned.

Features of the lighthouse

Time-balls were originally designed to guide ships’ captains at sea: to enable them to synchronize their on-board clocks exactly before they started their journey, the dropping of the ball – being the signal to mark the hour – would allow them to make more accurate calculations (longitude) which resulted in a more accurate navigation at sea.

Refurbishment of the lighthouse

When engineer, physicist, sailor, traveler and writer Stefan Jacek Michalak saw the lighthouse in decay, he came up with a project in 1990 to refurbish the historical monument which was closed since 1984. He is the owner and guardian of the Gdańsk New Port Lighthouse. The monument reopened for the public in 2004 exactly 110 years since it was built.

The lighthouse’s architecture was – so the legend says – based on the lost Main Lighthouse of Cleveland, Ohio (USA) built in 1871. Today it is both a museum and landmark that offers a fantastic panoramic overview of the surroundings (Westerplatte, the port in general, Gdańsk).