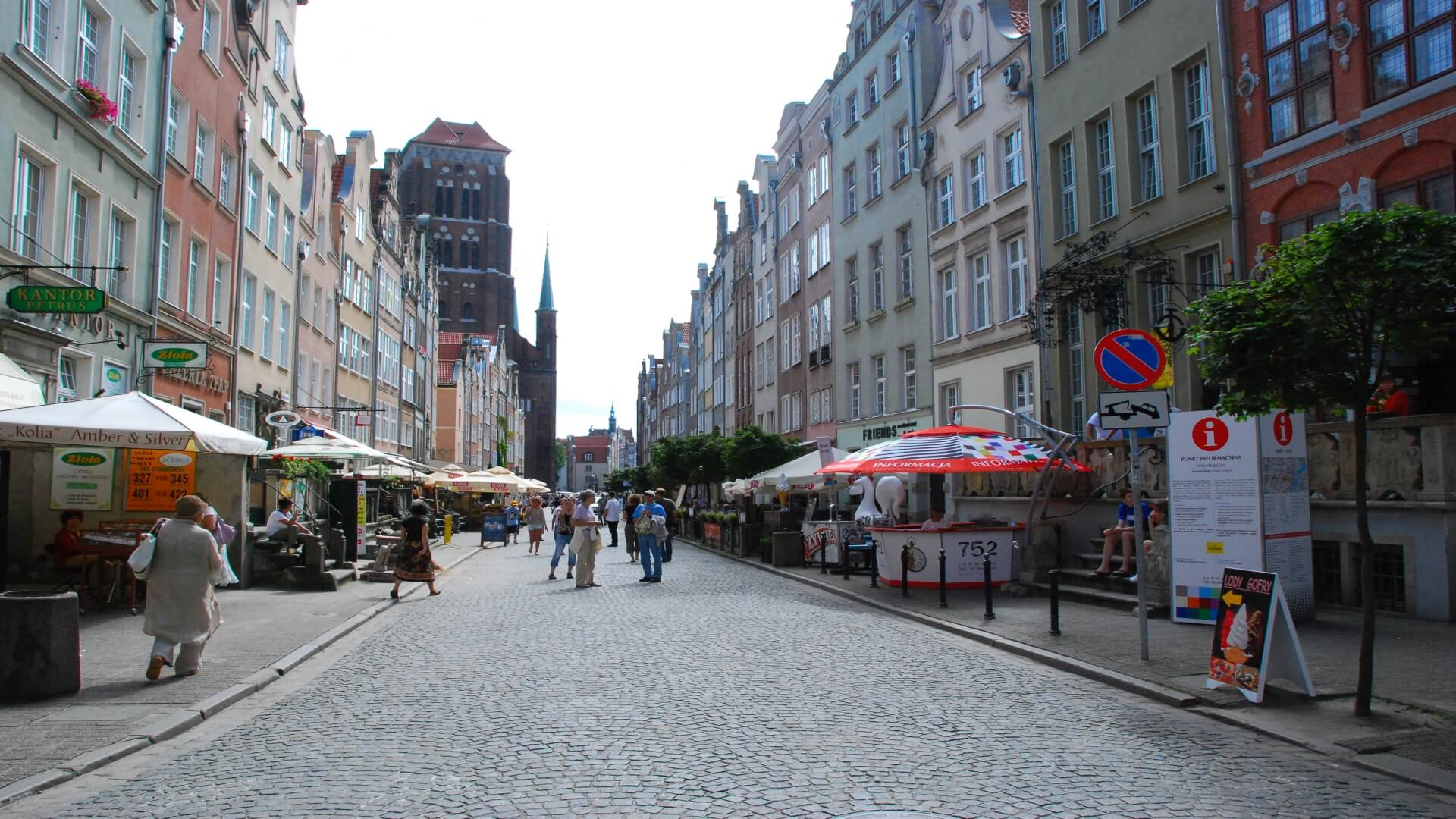 Long Lane or Long Street, connecting the Green Gate at the Motława river to the Golden Gate.

The Long Street or Long Lane (Ulica Długa <Pronunciation: ‘Who-lits-ha  D-who-gha’>) is exactly like the name says. It connects the Golden Gate to the Long Market place and further to the Green Gate at the Motława river. Unofficially, the Long Lane is part of the Royal Roadwhich starts at the Upland Gate.

When walking this Lane, you will notice the many merchants’ houses. Some of the houses are quite known depending on the background and influence of the merchant who lived there. Most famous buildings/monuments you will see on the Long Market’s place, actually the extension of the Long Lane.

Aside from the Golden Gate, Long Market and Green Gate, the following places are worth mentioning:

A hip-hop performance during summertime. Lots of artists are performing in the proximity of the fountain. This is mainly done on the Long Market’s place near Neptune’s Fountain and the Artus Court.