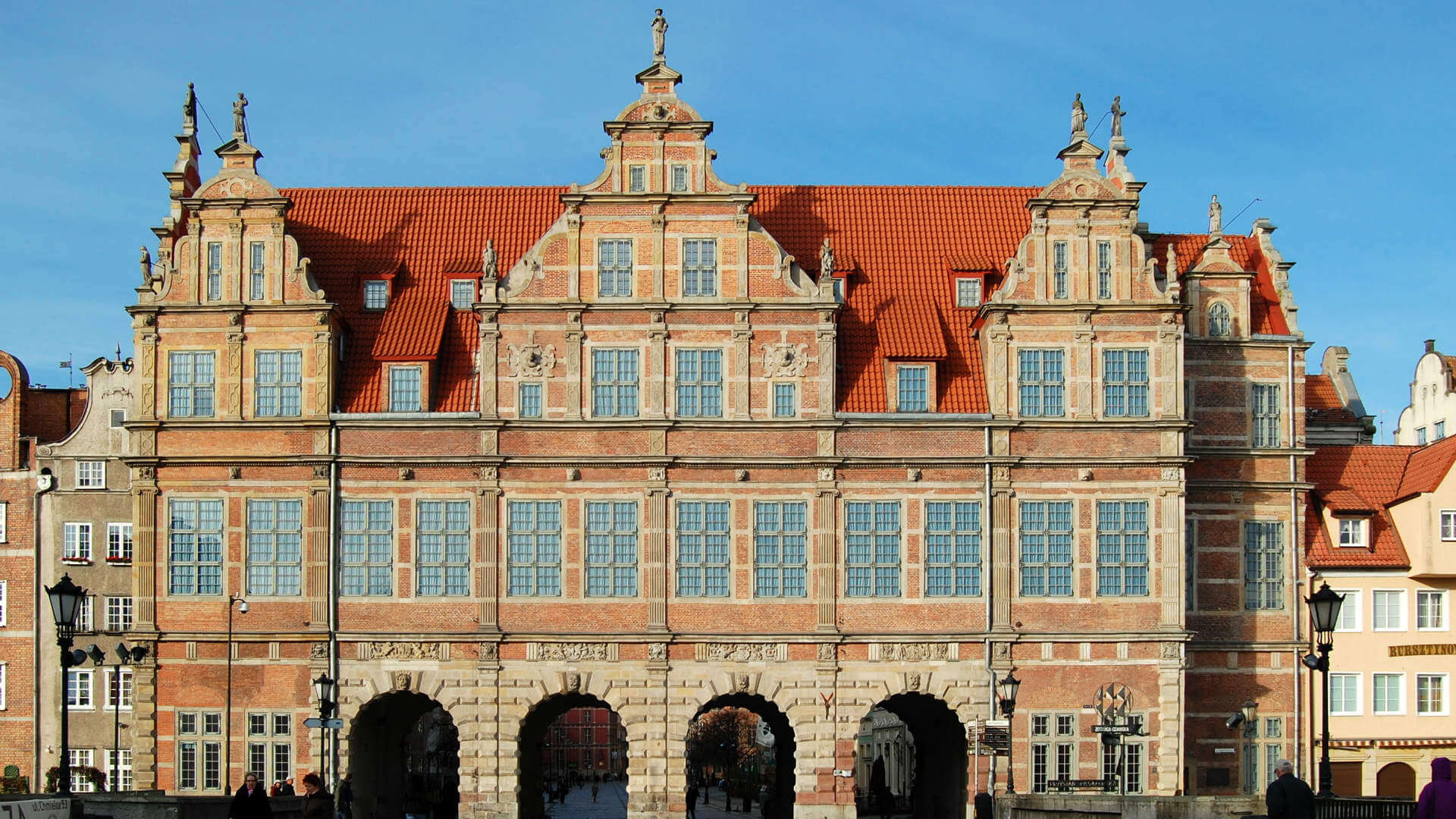 Green Gate, inspired by the City Hall in Antwerp, Belgium.

When you start walking from the Golden Gate along the Long Market towards the Motława.river, you will encounter the Green Gate. Unlike the Golden Gate’s architecture, the Dutch Mannerism, this gate is of Flemish Mannerism. Two people combined forces to replace the former cog gate. Hans Kramer (Flemish) designed and architect Reynier van Amsterdam (Dutch) built the gate in the 2nd half of the 16the century.

The gate has 4 entrances and has green windows, hence the name ‘Green Gate’. Unlike other gates there is a construction on top which gives the impression that it is a castle.

Originally, the idea was to create a residence for Polish monarchs. Yet, only the French princess Marie Louise Gonzaga has lived here 9 days in February 1646, awaiting her wedding with the Polish King Władysław IV Vasa. After his death in 1648, she became the Queen of Poland.

Later on in the 18th century, Daniel Gralath founded the Danzig Research Society. It was one of the oldest scientific research societies in Central and Eastern Europe. Starting in 1746 their members came together in the Green Gate. For some time, they practiced and promoted physics through weekly public demonstrations here. Daniel became later on mayor in Gdańsk.

During World War II the building got destroyed but completely restored in its glory. In 2002 part of the building collapsed but this was restored quickly.

Today the Green Gate hosts the National Museum in Gdańsk. Lots of events, exhibitions, meetings, conferences and shows are organized here. Former Polish president Lech Wałęsa has an office in one of the rooms. Occasionally you might see him with an escort, strolling along the Long Market on his way to one of the international lectures he is giving (mostly abroad). If you are courageous, you can ask him whether he wants to take a picture with you.