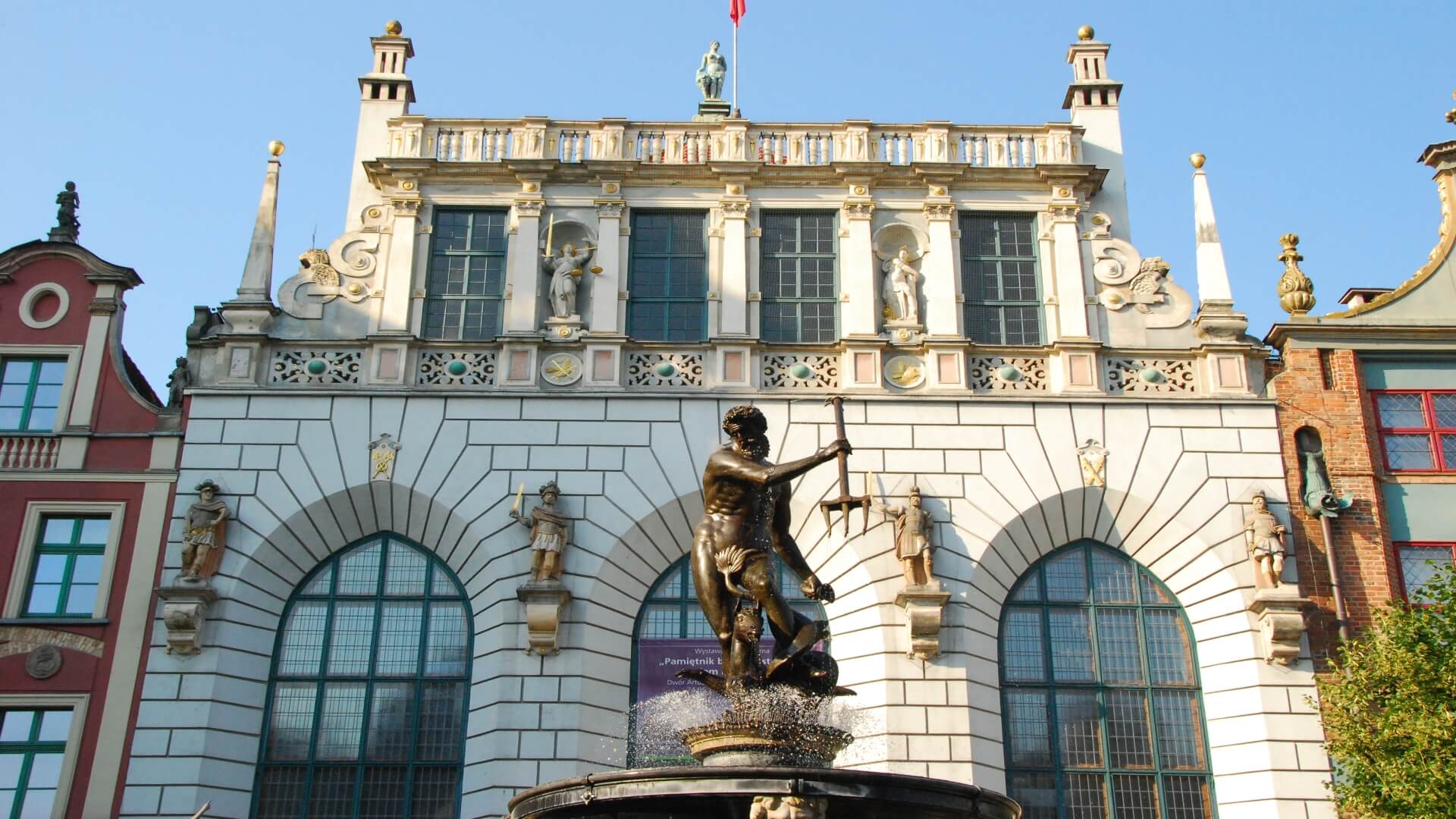 Neptune’s Fountain Statue at Long Market Street (Długi Targ) with the Artus Court, branch of the Gdańsk History Museum behind the statue.

Legend of the fountain

According to the legend of the fountain, Neptune got sick and tired of people throwing coins of gold in his fountain. They did this to pray for wealth and financial luck. One day he got very enraged: he hit his trident so hard on the ground that he pulverized all of the gold coins into tiny bits that they became worthless. This is how allegedly Gdańsk got its the Goldwasser (Gdańsk vodka), a liqueur with tiny goldflakes.

In this close-up of the Neptune Fountain you can see the water emerging from the trident.

Neptune was an important God in mythology. It was the Roman God of the Sea (Poseidon, Greek equivalent). Mythological figures are omnipresent. When you look around at the rooftops on the merchant’s houses on the square where the fountain is, you may be able to recognize among others Athena, Hermes and other Greek-Roman mythical Gods adding to the importance to Gdańsk as powerful trading city.

History of the fountain

Mayor from 1605–1614, Bartłomiej Schachmann (Barthell Schachtmann), wanted to raise at the entrance of the Artus Court a monument. Artus Court was back then the meeting place of the merchant’s trading with Gdańsk. As lots of merchants came to Gdańsk, the mayor was looking for a worthy symbol that would characterize Gdańsk as powerful wealthy European trading city. The monument had to replace the original unknown water well that existed at the same place. 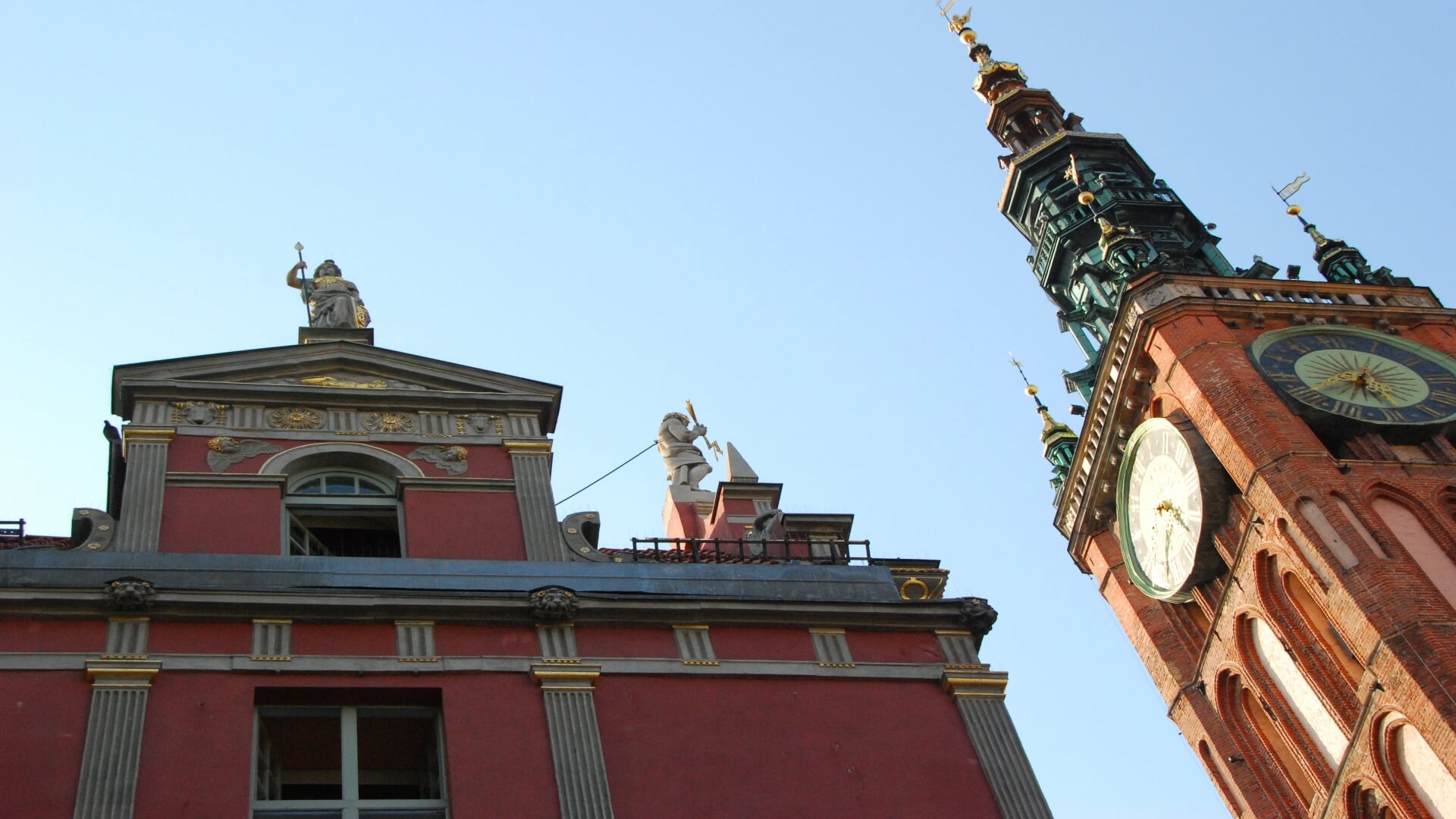 Greek godess Athena Pallas (first from the left; Roman godess Minerva), godess of wisdom and later war and her father, at the right side, God Zeus (Roman God Jupiter), the supreme God of all Olympic Gods are watching over Gdańsk and are ready to protect the powerful trading city.

Schachtmann commissioned Flemish sculptor and architect Abraham van den Blocke (who also built the Golden Gate) with this project. Works started in the beginning of the 17th century. Various people helped in the creation of the complete fountain project e.g. the statue, the extensions, the waterworks. At first, watertanks were used; later an underground connection with a stream running through Gdańsk was made. The Flemish artist Peter Hussen created the statue but Gerdt Benning casted the 650 kg statue in bronze. At this time, the statue was of a Flemish mannerism architectural style. Across the statue were townhouses where the Polish kings used to stay while being in Gdańsk. Respectfully Neptune is bowing his head in case they would be in town.

A breakdance performance during summertime. Lots of artists are performing in the proximity of the fountain and in front of the merchant houses.