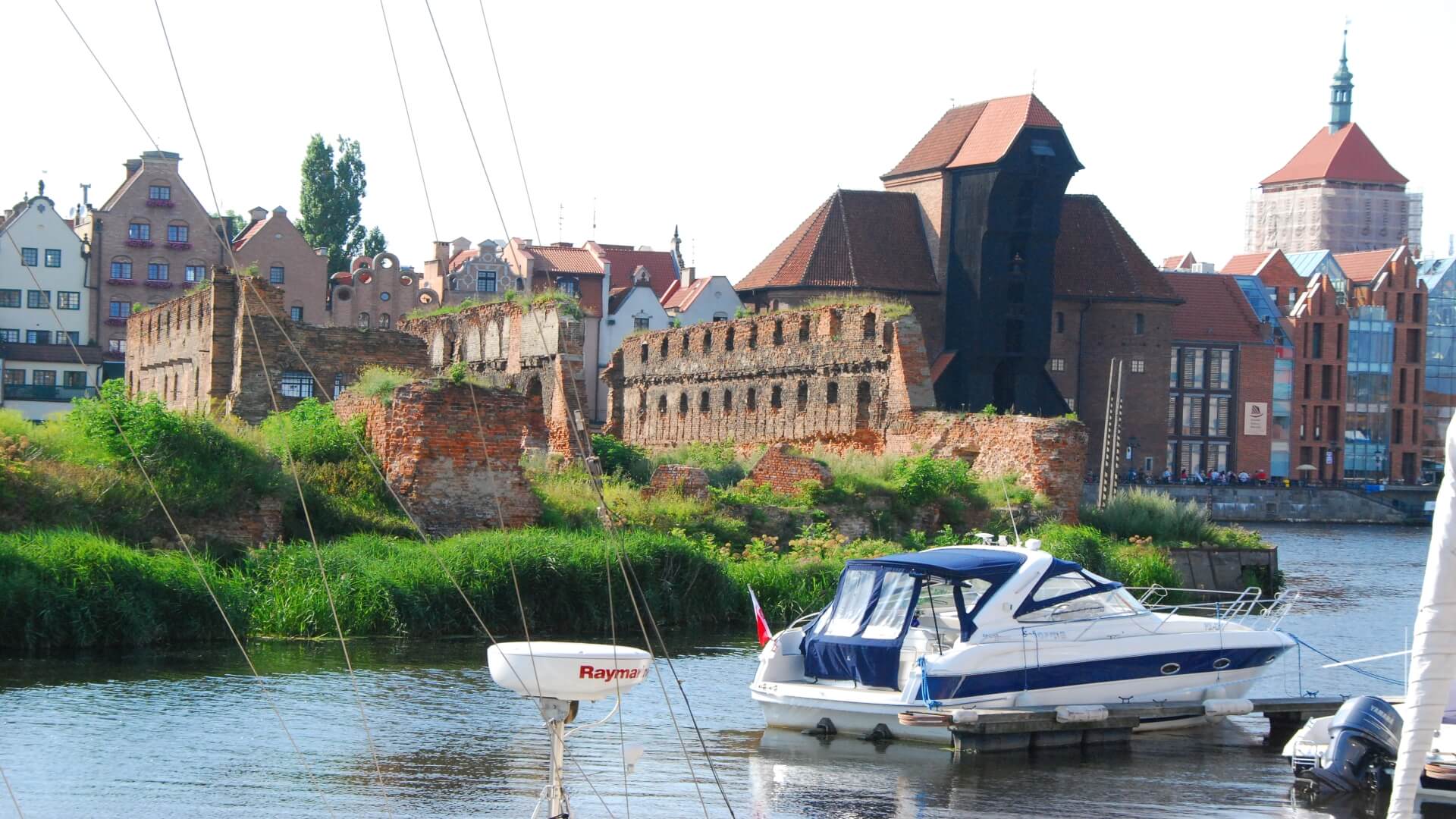 View on the Crane (Żuraw) from the other side of the riverbank. The Crane of Gdańsk is one of the important landmarks. In summertime there are many little yachts harbouring in the cute yacht harbour in Old Town. You can also see the smaller merchants’ houses and the ruins, a reminiscence of what was destroyed during World War II.

Gdańsk is a port city. The port crane is a reminder of a glorious history. Throughout its history, the city depended on the sea and rivers. These waterways brought prosperity and power. In a brief history of Gdańsk, I outlined how Gdańsk became part of the Hansa league. All merchants in that league traded overseas. Much later on Gdańsk would have its own Shipyard. This shipyard became famous when the Solidarity Trade Union was founded in 1980.

The Vistula or Wisła in Polish (‘Vea-s-wha’) is the longest and largest river in Poland. It flows over a distance of 1,047 kilometres (651 miles). Before the river empties in the Baltic Sea, it splits about 50 km from the mouth into a delta. The port city is situated at the left branch of this delta or Leniwka. In the half of the 19th century there was a huge flood. Authorities wanted to control the flow of the river. As a result they decided to create a new branch. Hence, one branch would lead to Westerplatte and the other would end up into the Gdańsk Bay or Gulf.

The Motława (Mot-whaa-vaa) river or (Mottlau in German) flows a distance of 64.7 km. It ends in the left branch of the Vistula delta in Gdańsk. In the 16th and 17th century a kanal was dug. Purpose was to connect the river with the harbour. There even is a ferry service crossing the river, operating since 1687.