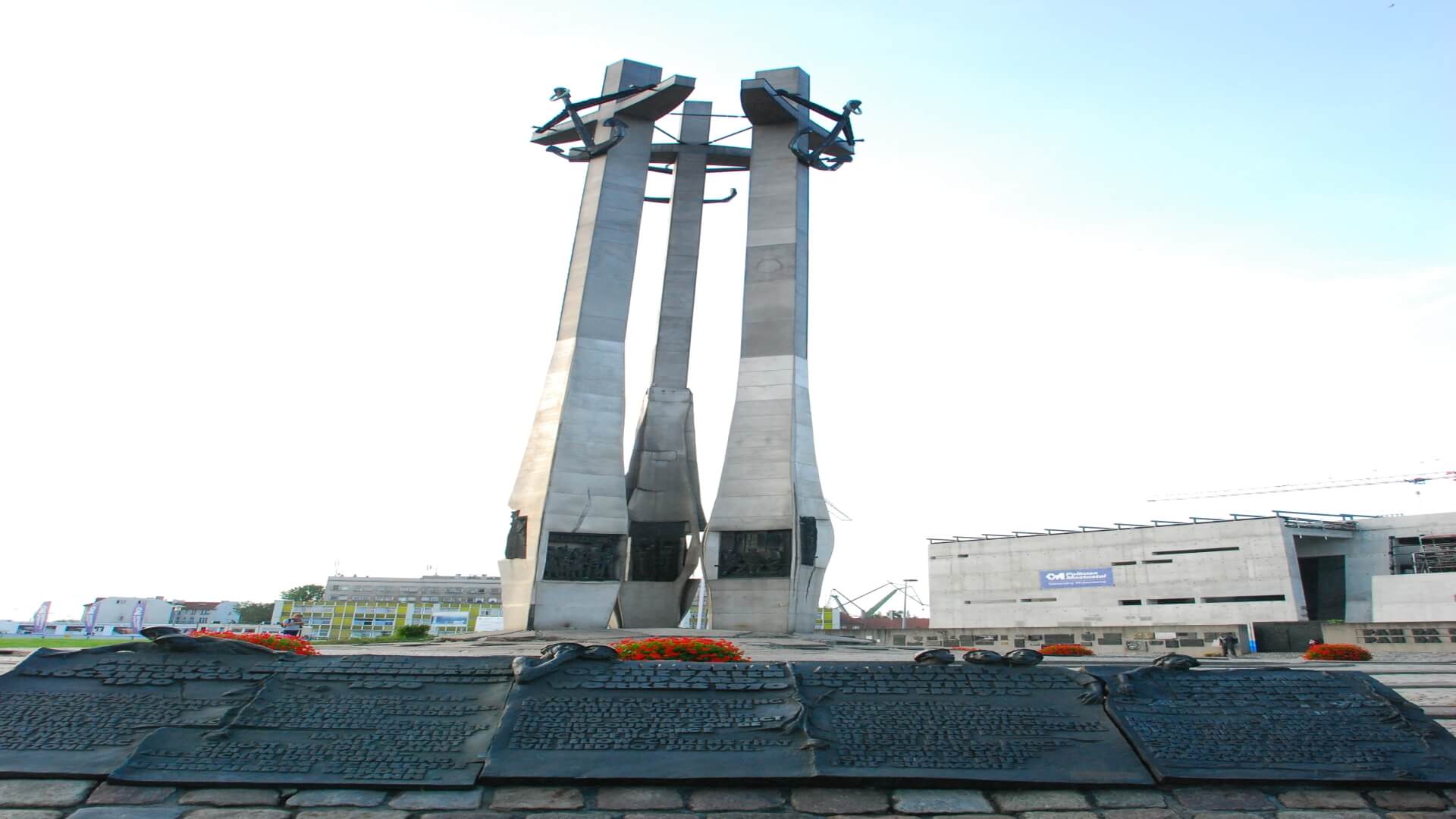 The Solidarity Cross, Monument to the fallen shipyard workers of 1970, one of the core symbols of Gdańsk, a must see. It’s a reminiscence of the people who lost their lives. When leaving work through one of the entrance gates to the shipyards, 42 people were brutally gunned down. More victims followed. In 1980 this Monument was erected to commemorate this event.

The Solidarity or Solidarność (‘Soli-dar-nosht‘) movement was founded in the Gdańsk shipyards. Lech Wałesa became the leader of the very first Independent Self-governing Trade Union “Solidarity” (17 September 1980). In a record time, the union would have as much as 10 million members. At first, the ruling Communist Party ignored the union. But later on the Party feared that the movement would grow out of control. To put an end to this danger, they introduced the martial law (December 1981 – July 1983). During the elections in 1989, the solidarity movement won. In December 1990 Lech Wałesa became the President of Poland. 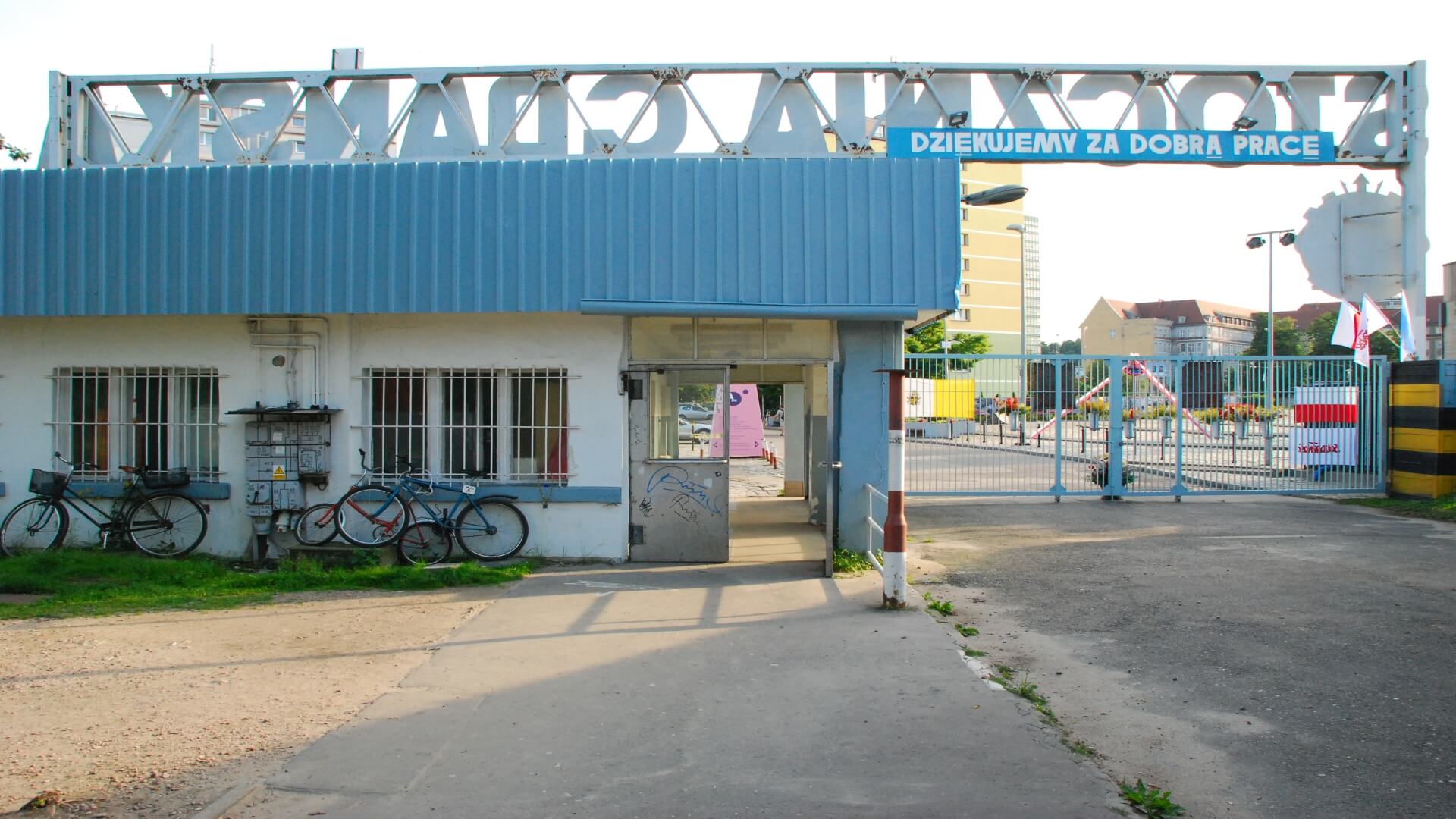 One of the entrances to the Shipyard. In the golden days thousands of people worked on the shipyards. Before leaving the workers could read the white text on blue background: “Thank you for the good work”.

During the seventies the economical crisis broke out in Europe. Also Poland shared this burden. In the 1970s food prices went up in Poland but wages didn’t. Because of this, people had it increasingly harder to make ends meet and spontaneous protests were organized. Free trade union activist Anna Walentynowicz (see the video on Vimeo below) got fired from the Gdańsk Shipyard a few months before her retirement in August 1980. As a result angry shipyard workers went on spontaneous strikes. By the end of August, the Communist Party signed the agreement allowing the creation of the Solidarity movement.

The movement was anti-Russian and was backed up by the Catholic church in Poland and by the Pope. Also the CIA provided the protests with the necessary support: money, technical support, equipment and training.