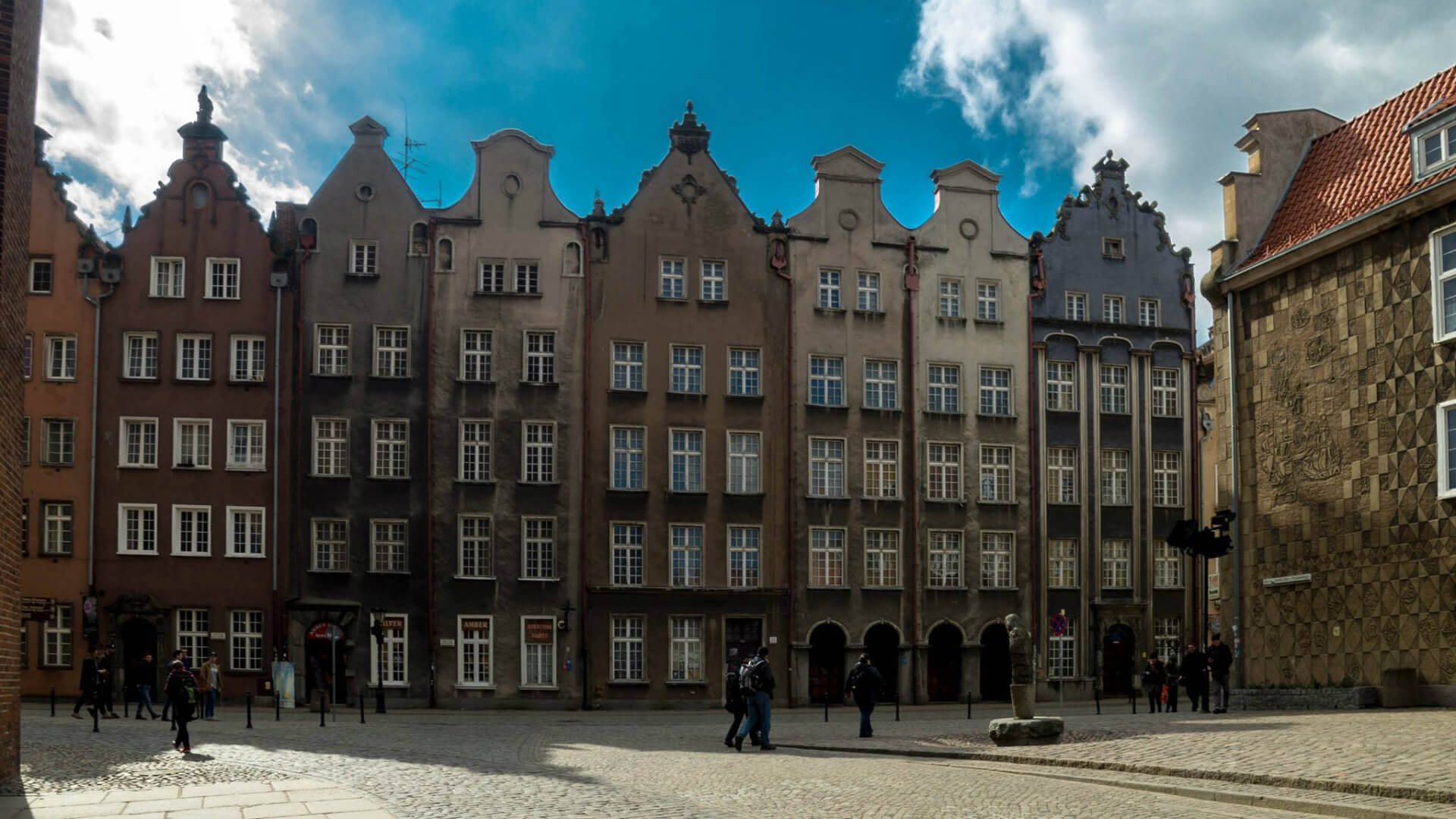 The Long Street or Long Lane (Ulica Długa) has lots of houses with tiny facades at the street side. Merchants who traded with Gdańsk, lived in these houses. One might wonder how they were able to live in such small houses. Do not let the length of the facade at the street side fool you. In fact they were very deep in length and often broad at the back side of the house with a garden attached to it. So why would they have houses that look small at the street side at all?

Taxes have to be paid on the possession of housing properties. It is a source of income for authorities. Wealthy merchants knew how to avoid paying taxes on the value of their house. They kept the facade on the street side small for these reasons:

In some countries the property tax is still calculated on the front facade of the house at the street side. This is the case in Belgium and the Netherlands. 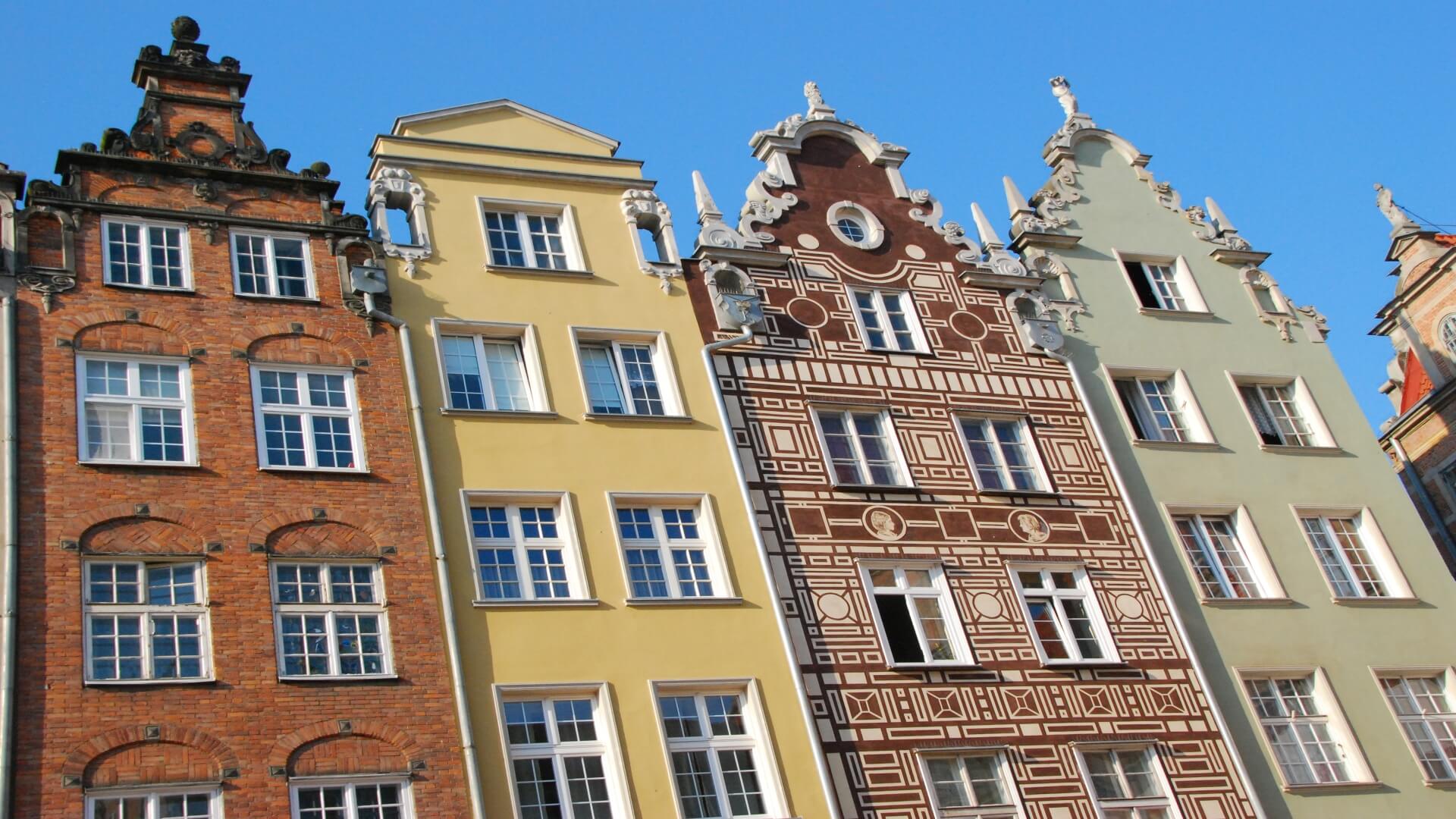 Merchants houses at Long Market Street (Długi Targ) in Old Town. They may all be decorated but they were built with Dutch bricks.

I already mentioned the name of German architect of Flemish origin Abraham van den Blocke. He built the Artus Court and the Neptune’s Fountain Statue in the style of Dutch Mannerism in 1617. Abraham used for his project bricks coming from… the Netherlands which was a trading partner of Gdańsk.

Ships sailed out from Gdańsk with goods. To avoid that ships would be sinking during heavy stormwinds on the Baltic Sea on the way back, they were loaded with cheap handmade red bricks from the Netherlands. Hence the architectural concept of the houses that remind of Amsterdam. It is not by accident that many Dutch architects were invited for building projects in Gdańsk.

The Mannerism style is a part of the Renaissance style in Poland. Though lots of merchants’ houses were built before the Dutch architects started their projects.

The Brick Gothic style was used a lot in building projects too. During your stay you may find the time to check out these Brick Gothics buildings. Gdańsk is part of a touristic route known as the Brick Gothic Route.

Walking along the merchants’ houses is walking past a mix of architectural styles, but the basics, namely the bricks… they were still Dutch.