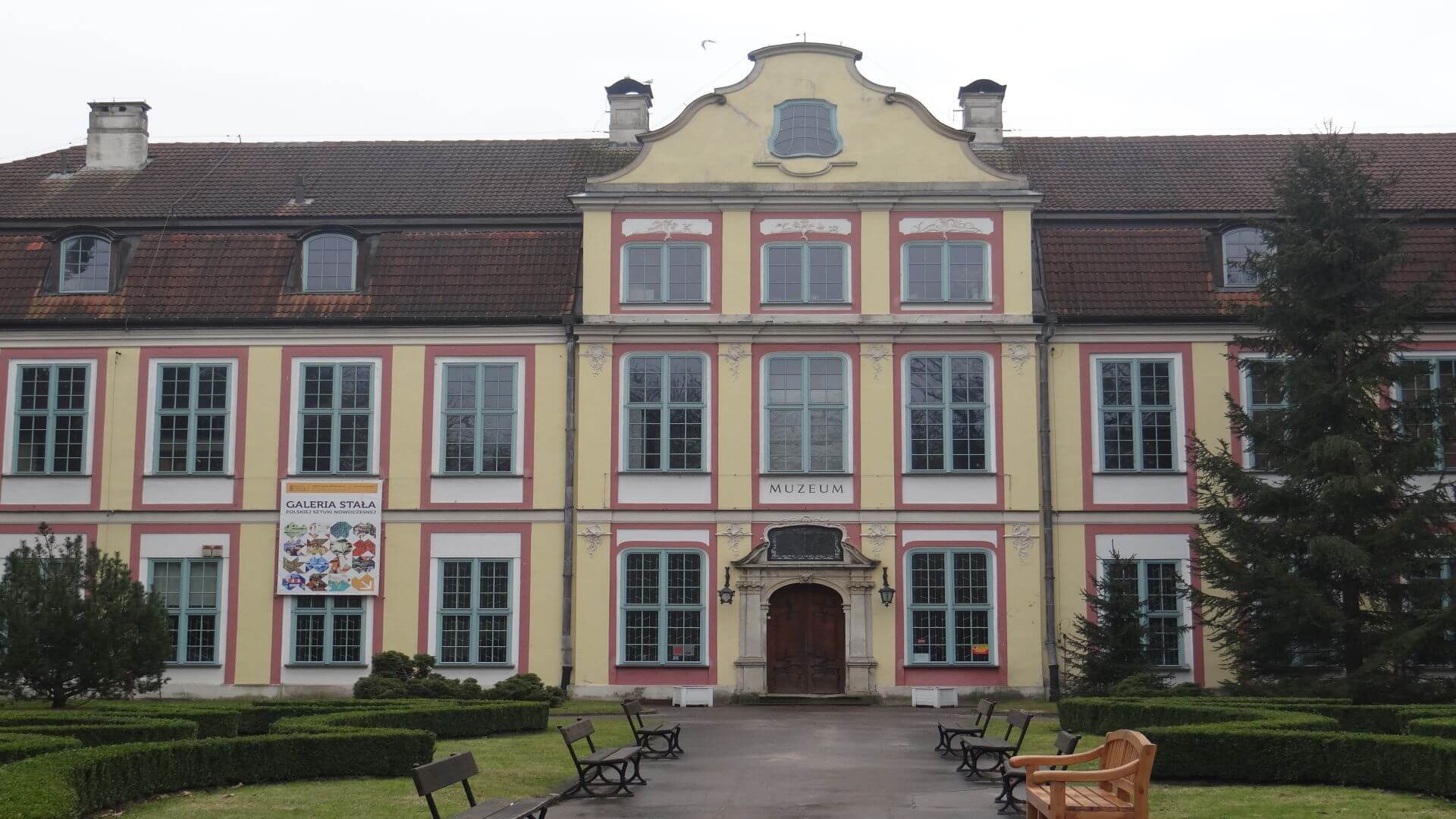 What was once the Abbot’s Palace in Oliwa is the Department of Modern Art, part of the National Museum in Gdansk today.

Abbot’s Palace was built in stages

Strolling around is amongst others possible in Oliwa park. Here you can see the Department of Modern Art, part of the National Museum in Gdańsk. Many years back this was the Abbot’s Palace. It is not clear when it was precisely built. Together with the Abbot’s Granary, Stable and the park itself, it formed the premises of the Cistercian abbey or monastery of Oliwa.

The palace, how it looks, was built in stages and had different functions. Its history started with its construction in the 15th century. Gradually new owners increased its size. In the half of the 18th century the final additions were made. Its architectural style, the Rococo, was determined in the final stages of the construction.

Not only religious people inhabited the palace

In the half of the 19th century it came into private hands, belonging to the House of Hohenzollern. This was a powerful Prussian family with roots dating back to the 11th century.

At the end of the 19th century,  the city of Oliwa took over the palace and used it as offices and apartments.

Between WW I and II, the Palace was a museum. At the end of WW II the Germans destroyed the palace which functioned as an arms depot, preventing the Russians from seizing the arsenal.

Department of Modern Art of the Polish National Museum

In 1965 the palace got rebuilt with the efforts of the Pomeranian Museum in Gdańsk. The museum organized at first ethnographical exhibitions. The Pomeranian Museum became the Department of Modern Art of the Polish National Museum in 1989. A year later, the contemporary Polish art found its place within a section of the museum.