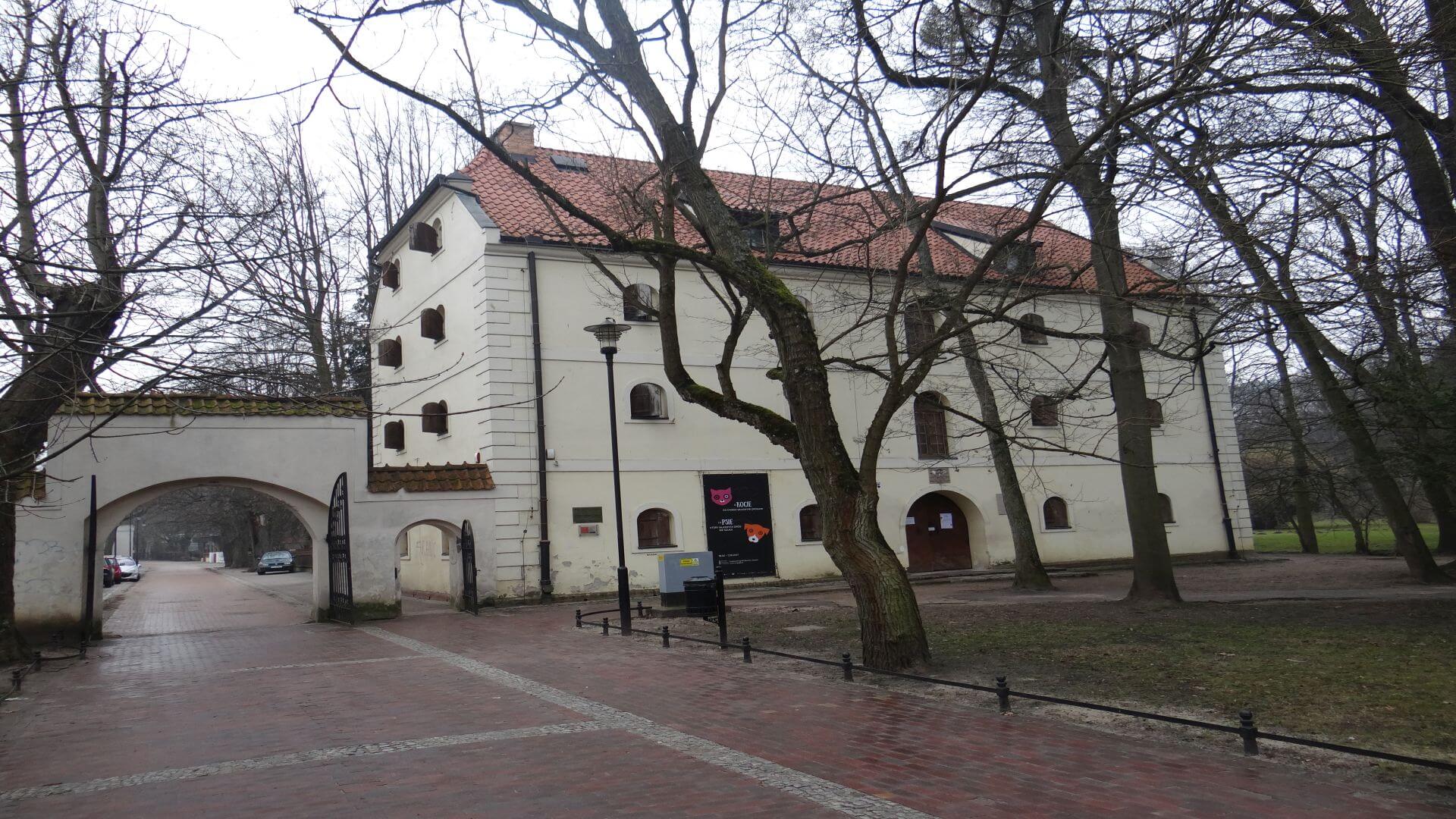 Abbot’s Granary hosting the Department of Ethnography of the National Museum of Gdańsk.

The wealth of a monastery depended among others from its level of self-sustainability. When thinking about every day base products, grain was extremely important. Hence the grain granary that was incorporated in every abbey/monastery. This one was built in the 18th century. From 1945 it acted as a storage room for about 40 years. When outlining the evolution of the Abbot’s Palace, I talked about the different functions that the palace had undergone over time, from being: the residence of Abbots, the private property of the Hohenzollern’s family, war depot and museum. Together with the palace and the stable, it formed the premises of the Cistercian abbey or monastery of Oliwa. 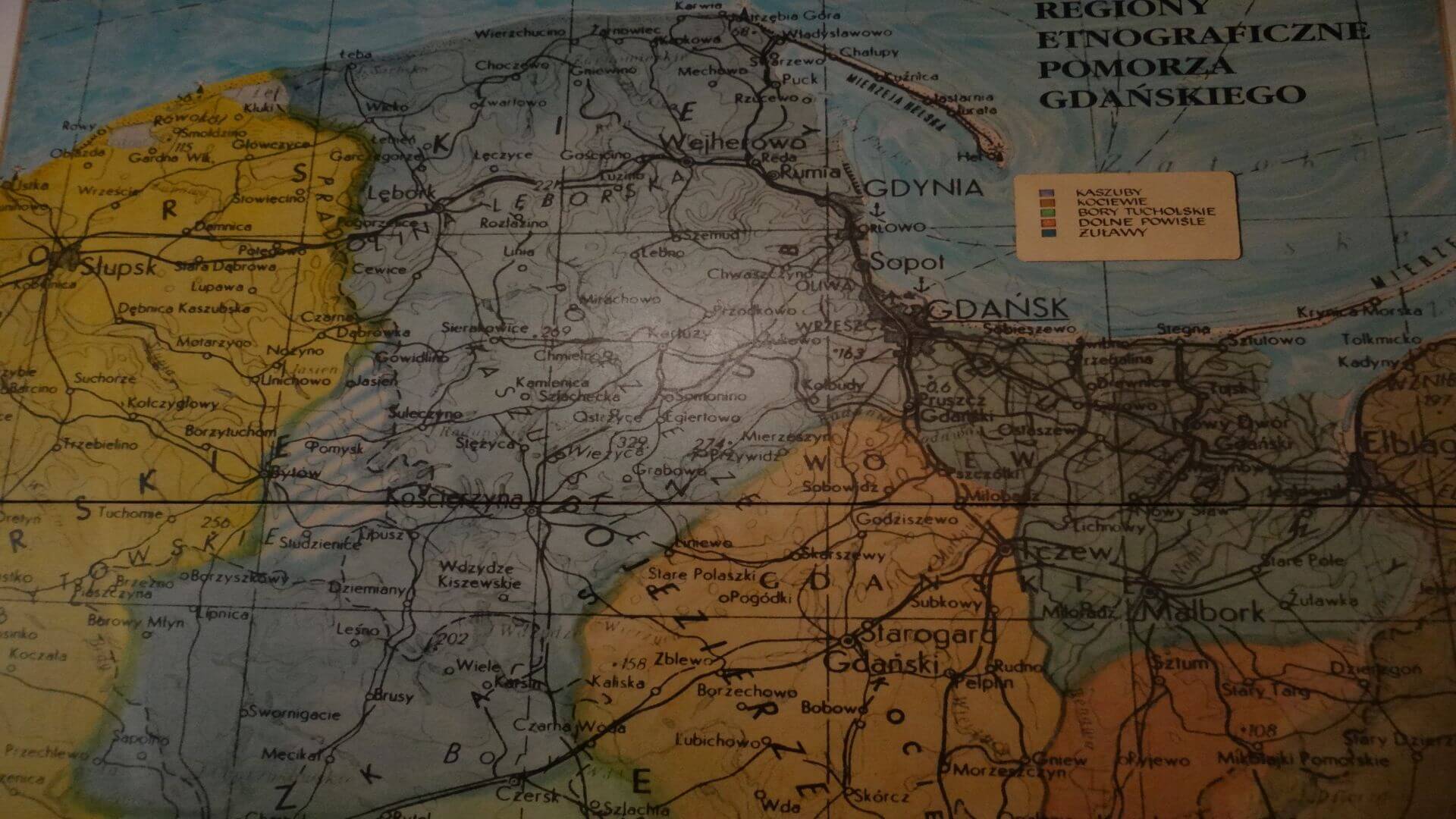 A map, shown at the entrance in the museum, depicts the borders between the regions in the Pomorska province of Poland. There still is discussing about the correct historical borders. Some say that Gdansk was the capital of the Kashubian region but this is disputed.

1. Dutch settlers lived in the Żuławy Lowlands until 1945.
2. The Museum has a collection of about 10,000 artefacts dating back to the 16th century.
3. The Abbot’s Granary has an historical library with over 4.000 items.

Read more: information provided by the Courtesy of the Department of Ethnography

Ethnographical branch of the National Museum of Gdańsk

Since its start in the late 1950s, the Pomeranian Museum in Gdańsk focused on the folk culture of the Pomeranian region and had permanent exhibitions in the granary from 1988 onwards. The granary hosted the Department of Ethnography of the Polish National Museum. Its mission was to study the early settlers from Gdańsk, the population that relocated to or that were forced to leave from Gdańsk which is part of the Pomeranian province.

The Museum has 3 floors

It is a small museum with 3 floors, with different exhibitions. The first 2 floors depict a permanent exhibition about the early settlers who were mainly farmers and fishermen. The exhibition on the top floor changes every 2 months and shows currently an exposition for children, related to pets (cats and dogs). As for now the ground floor (US, first floor) depicts objects related to tools and methods of fishing. The next floor shows farming objects and gives through some old furniture (showing the contrast with the poor farmers) an impression how the rich were living at a given time in this region of Poland.

You can ask for an English guide simply by messaging them via their Facebook page. At regular basis foreign schools are visiting the museum.