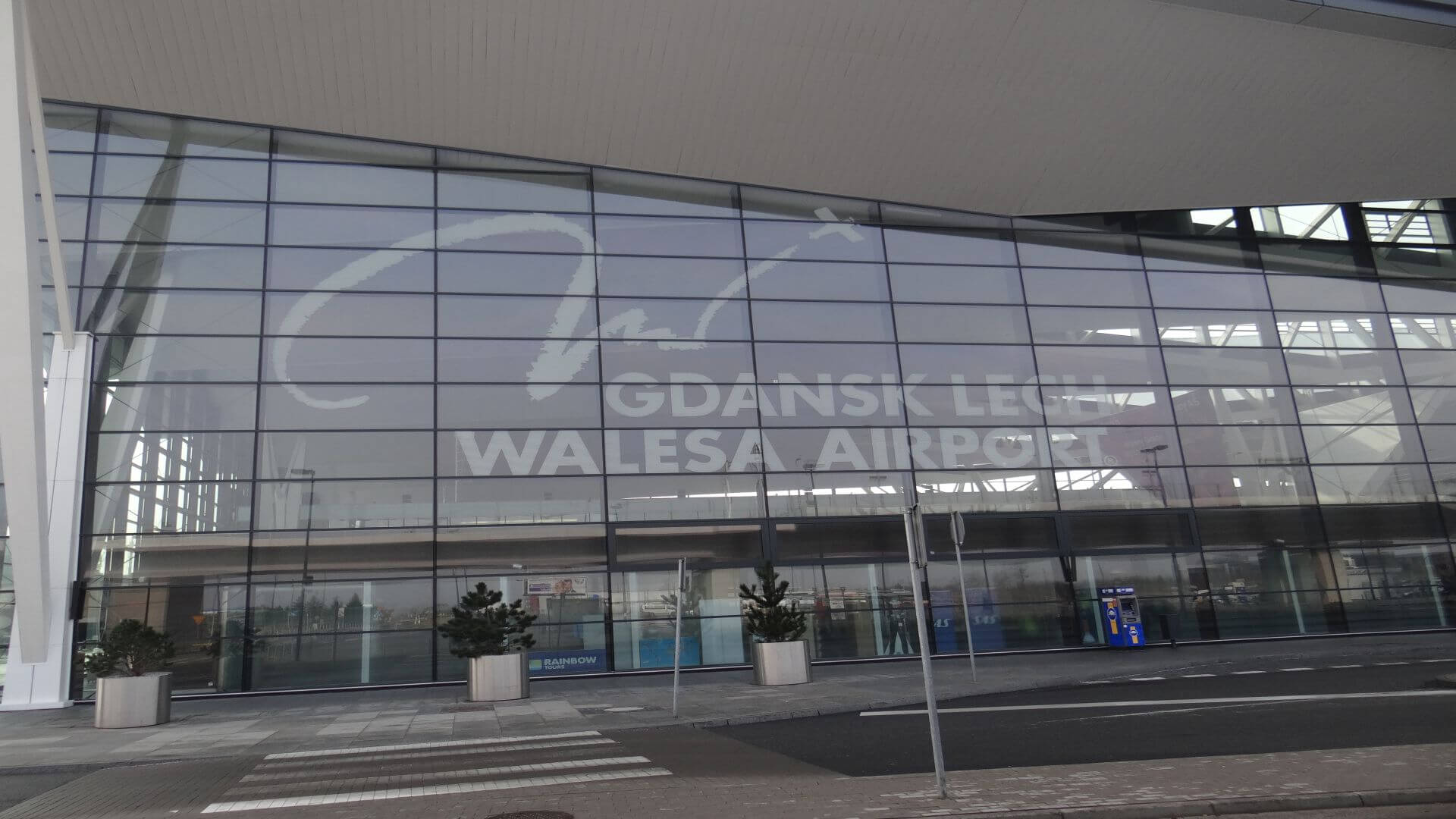 The new airport at the current location opened in 1974 about 12 km from Gdańsk. It offered the modern airliners longer runways and was called after the village where it was built, Port Lotniczy Gdańsk-Rębiechowo (Airport of Gdańsk-Rębiechowo). In 2004 its name was changed, bearing the name of former President Lech Wałęsa, the symbol of the Solidarity movement against the communism in Poland.

Ownership of the airport is shared

The airport with international initials GDN, serves as gateway for the 3 northern cities that form the tricity: Gdańsk, Gdynia and Sopot. The airport does not only belong completely to the Polish state which has a share of about 37 %. Ownership is shared with the city of Gdańsk (about 30%), Gdynia (1%) and Sopot (less than 1%) and the Pomeranian Voivodeship (province) (about 32%). 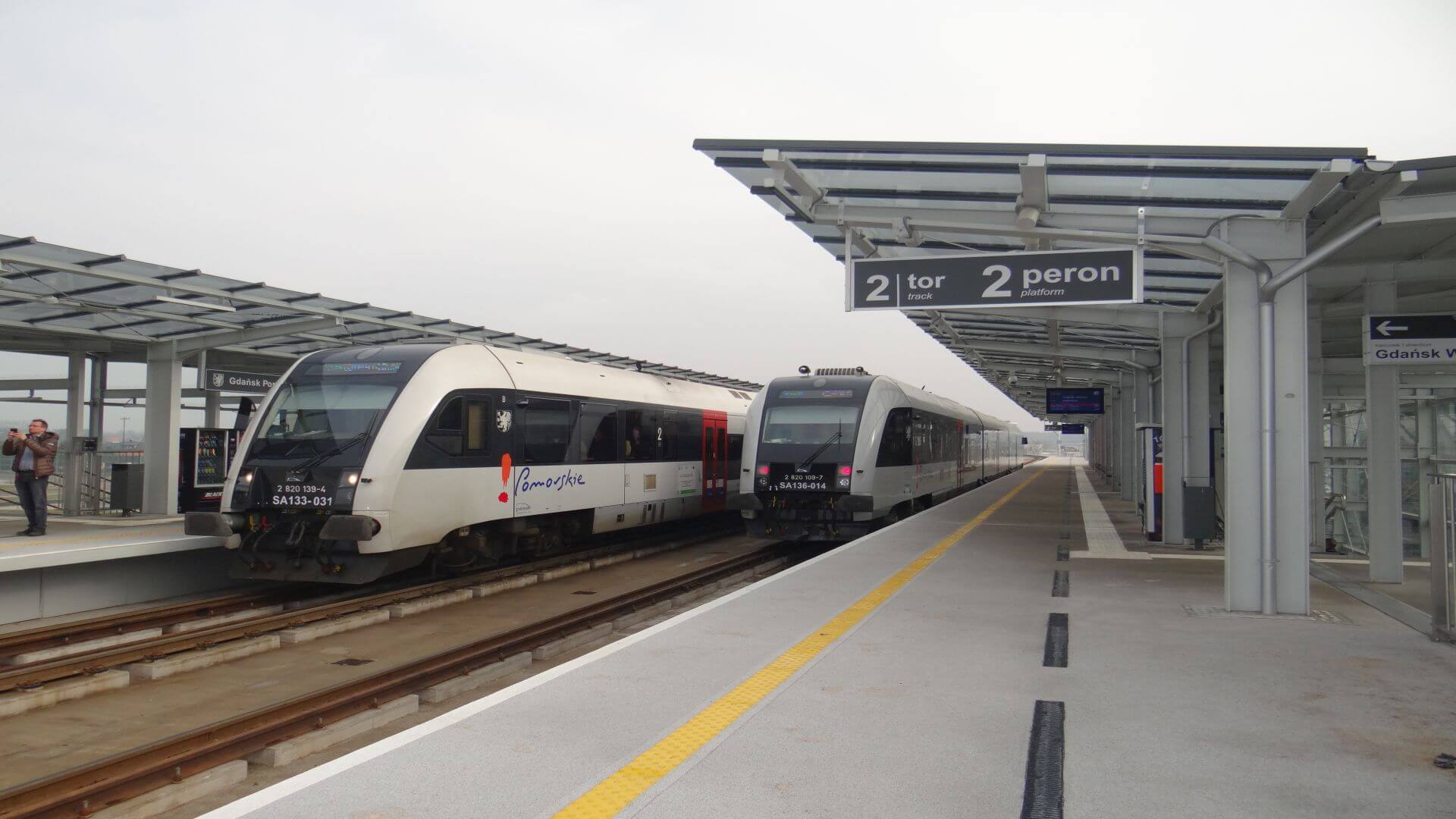 Following the red line, you will be able to either take the train to Gdynia or Gdańsk Wrzeszcz. From the Wrzeszcz you can go to Gdańsk Główny (= Main) railway station.
Read the article ▸ 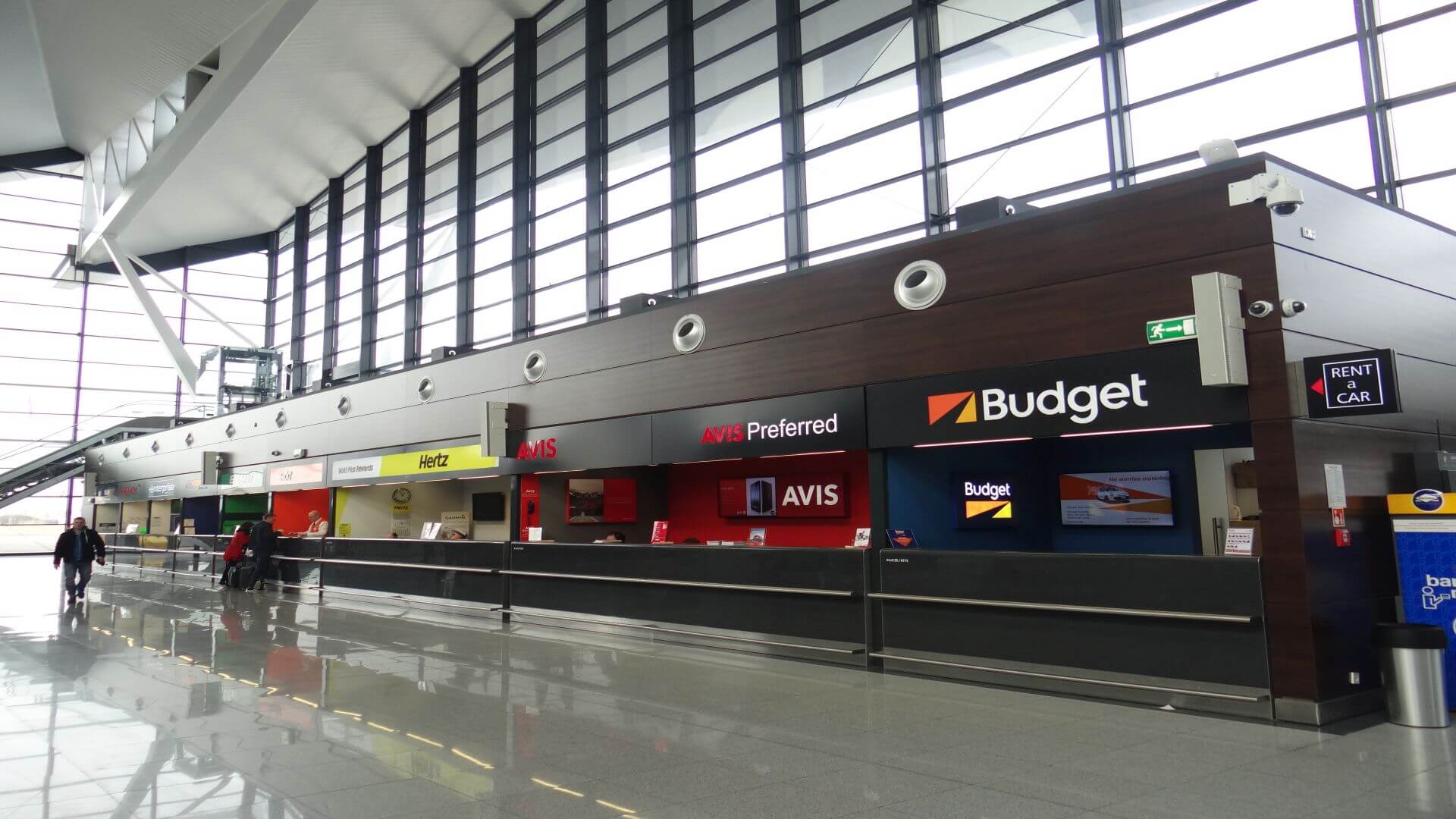 The car rental service is right at the exit of the arrivals.

Most of the travellers from Gdańsk are travelling from or to the Scandinavian countries, Germany or Britain and to Warsaw.

WHEN TAKING THE TAXI/CAB FROM THE AIRPORT

Development of the airport

For the UEFA Euro 2012 soccer championships, a new terminal (Terminal 2) was built offering passengers a direct easy access to the train station leading to Gdańsk Wrzeszcz from where train connections can take you to Gdańsk Główny (= which means Gdańsk Main Station). Since these investments there was a steady growth in passengers leading to the 4 million passengers in 2016. Once finished, the existing infrastructures will be able to take up to 7 million passengers a year, with plans to increase it till 9 million.Terminal 1, built in 1993, is still being used for people travelling outside the Schengen Area (but will probably cease to exist once Terminal 2 is fully operational. 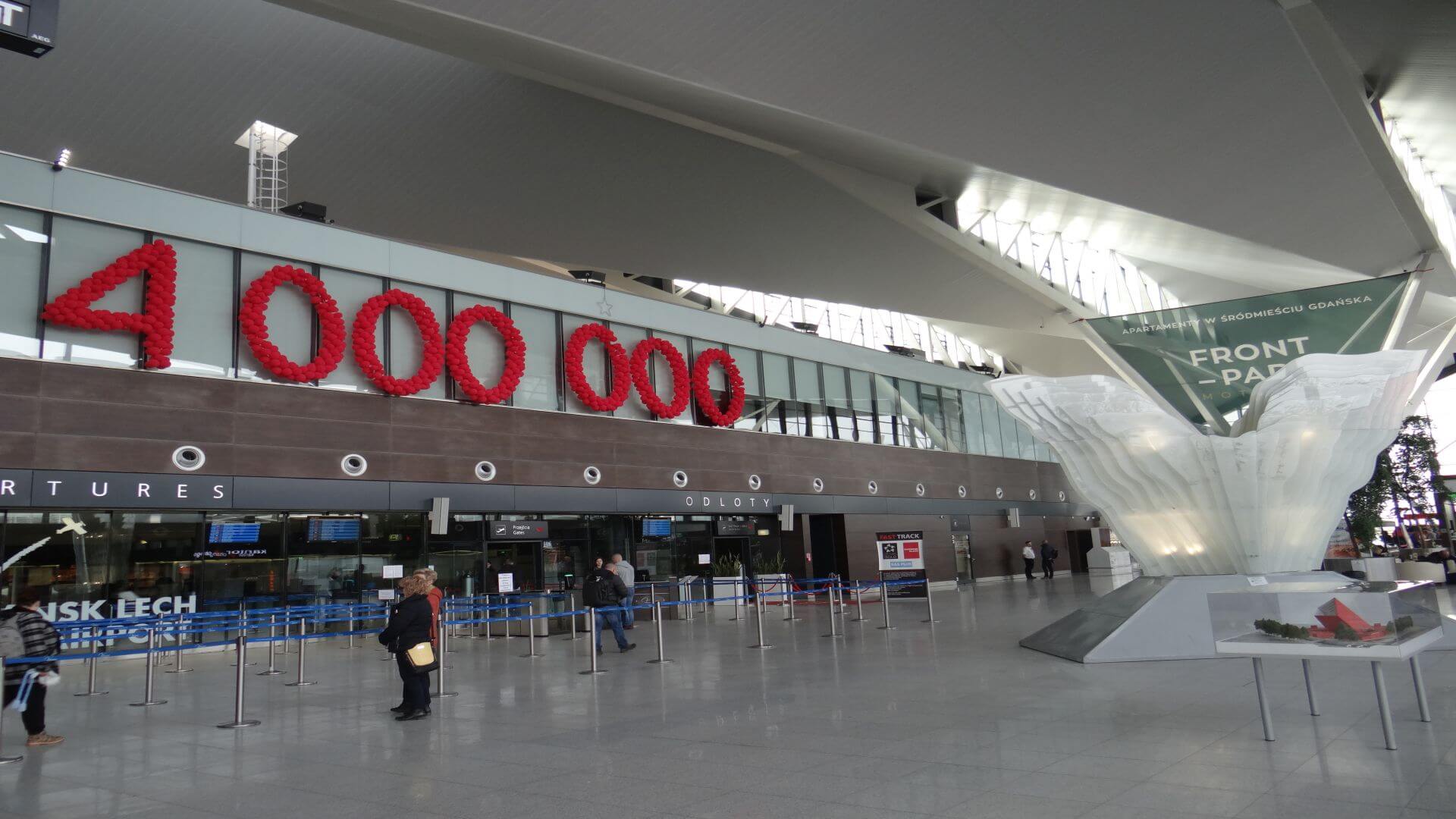 Further investments of the airport

Future development of the airport include, the installation of a landing system which will allow pilots to operate at very poor visibility due to fog or bad weather conditions. Also, a complete new district, Gdansk Airport City, will be built existing mainly out of Business Centres (BCB Business Park) and hotels. Construction is planned to start in 2018 but some buildings part of this project already exist (Allcon Park).

An outline of the parking lot, shows you how the airport is organized and what the prices are. You can book your own parking lot.