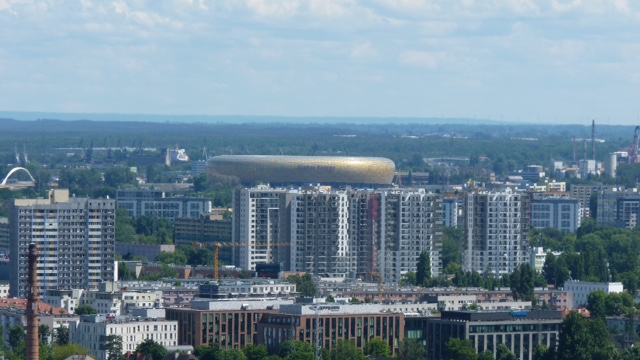 View from the tower on Pacholek Hill on amongst others the Stadion Energa Gdańsk stadium.

Looking for a Reason to Travel to Gdańsk?

Yes I’d heard about the city of Lech Wałęsa, but honestly, before coming and settling down I’d never visited this Eastern European city in northern Poland situated at the Baltic sea. A lot of times I wondered why I hadn’t visited Gdańsk before. I came to the conclusion: this city is underrated.

Get rid of the misconceptions

Probably one of the reasons are the misconceptions and prejudgements there exist: there is nothing to see, it’s a highly industrialized polluted dead city, there is nothing to do and… let’s stop here with this nonsense, shall we?! You have it dead wrong! More and more people of various nationalities are discovering the beauty of Gdańsk and its surroundings. We all know way too well that with statistics you can prove just about anything you want, but when Tripadvisor listed it as Travelers’ choice in 2016, you know that the city is trendy: more and more people discover it as holiday destination. The Lonely Planet described it perfectly well: ‘Like a mini-state all to itself, Gdańsk has a unique feel that sets it apart from the other cities in Poland.’

You most definitely have to try the Polish cuisine if you haven’t already. Maybe you also were lucky enough to taste these soups: Barszcz and Żurek. You may already have tasted Poland’s best-known worldwide spread dish, the pierogi or ‘dumplings’ (similar dishes are also to be found in Romania, Hungary, Slovakia, Ukraine and Russia), which is even found in Canada and the United States. And maybe the bigos is also familiar to you? Have you ever tried the Gołąbki? As dessert I warmly recommend the Pączek. Honestly, it is just the tip of the iceberg.

Where will you start your journey?

Using the Open Street Map you can easily determine where you want to start off your journey while visiting Gdańsk. However, you cannot search monuments on maps in English yet.

If you feel more comfortable using Google maps, go ahead. On Google maps you have the street view option. You can virtually have the idea how it looks like when strolling around. You can type the name of a building or monument. Do it in this format:

Helping you to organize your trip in the best possible way, I’ll be discussing the transport to and within Gdańsk. I will be focusing on travel by plane since the airport has an interesting history and is developing.