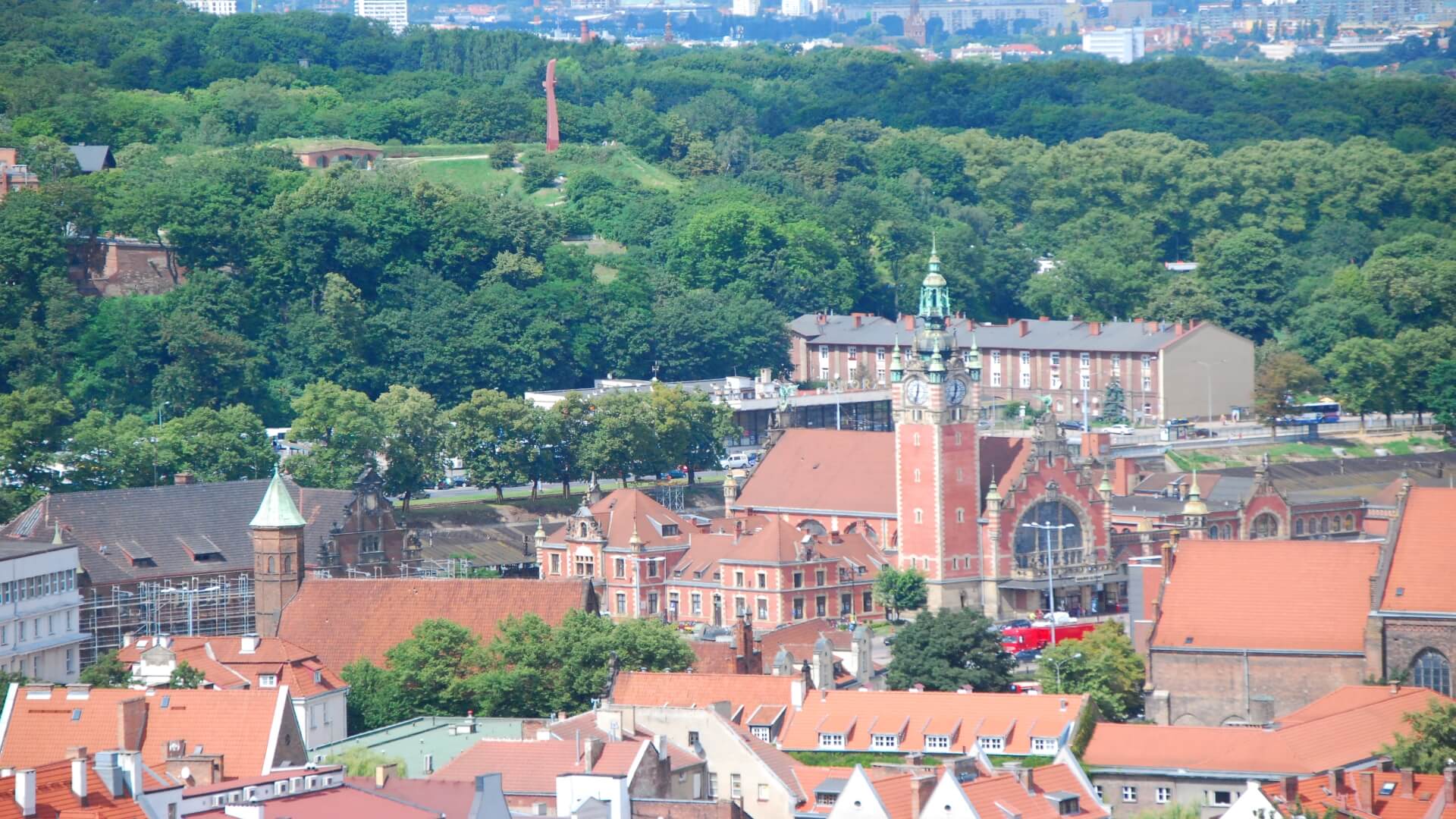 From Pachołek Hill you have a nice view over Gdańsk, Gdynia and Sopot.

The hill is 100,8 m above the sea-level) in the area of Gdańsk’s Oliwa district, also known as Mount Cone. The German named it Pacholkenberg (in 1734) and from 1797 to 1945 it was named Carlsberg or Karlsberg (Charles Hill). It is located in the Oliwa forests at the edge of the Tricity (Tri-City) Landscape Park.

History of Pachołek Hill in the 18th century

The Cistercian abbey of Oliwa owned the hill in 1772. Hans Saltzmana which had to make the hill more accessible. He was a Berlin gardener and he supervised the transformation of the hill in 1794. Oliwa commander Karl von Hohenzollern-Hechningen belonged to the House of Hohenzollern, a powerful dynasty of kings and emperors. The abbot of the monastery commissioned him to build on top of the hill a viewing pavilion (gazebo) in 1798.

History of Pachołek Hill in the 19th century

A brick tower constructed of iron replaced the viewing pavilion In 1882.

On the adjacent hill Empress Luisa erected In 1889 a granite obelisk (‘Luisendenkmal‘) with the Prussian eagle sculpture and Goethe’s famous declaration:

History of Pachołek Hill in the 20th century

The Germans used this hill during World War II as strategic military point to have a distant overview. During sunny weather conditions you are able to see the Hel peninsula and thus a big part of the bay and overlooking parts of Gdynia and Gdańsk. In the afternoon of, March 23, 1945 the German blew up the tower, fearing it would be used by the Red Army as a vantage point of the battlefield in the city.

A huge steel 15 meters high platform was built In 1975. From that moment people could enjoy the stunning panoramic views of the surrounding countryside and the Gulf of Gdańsk.