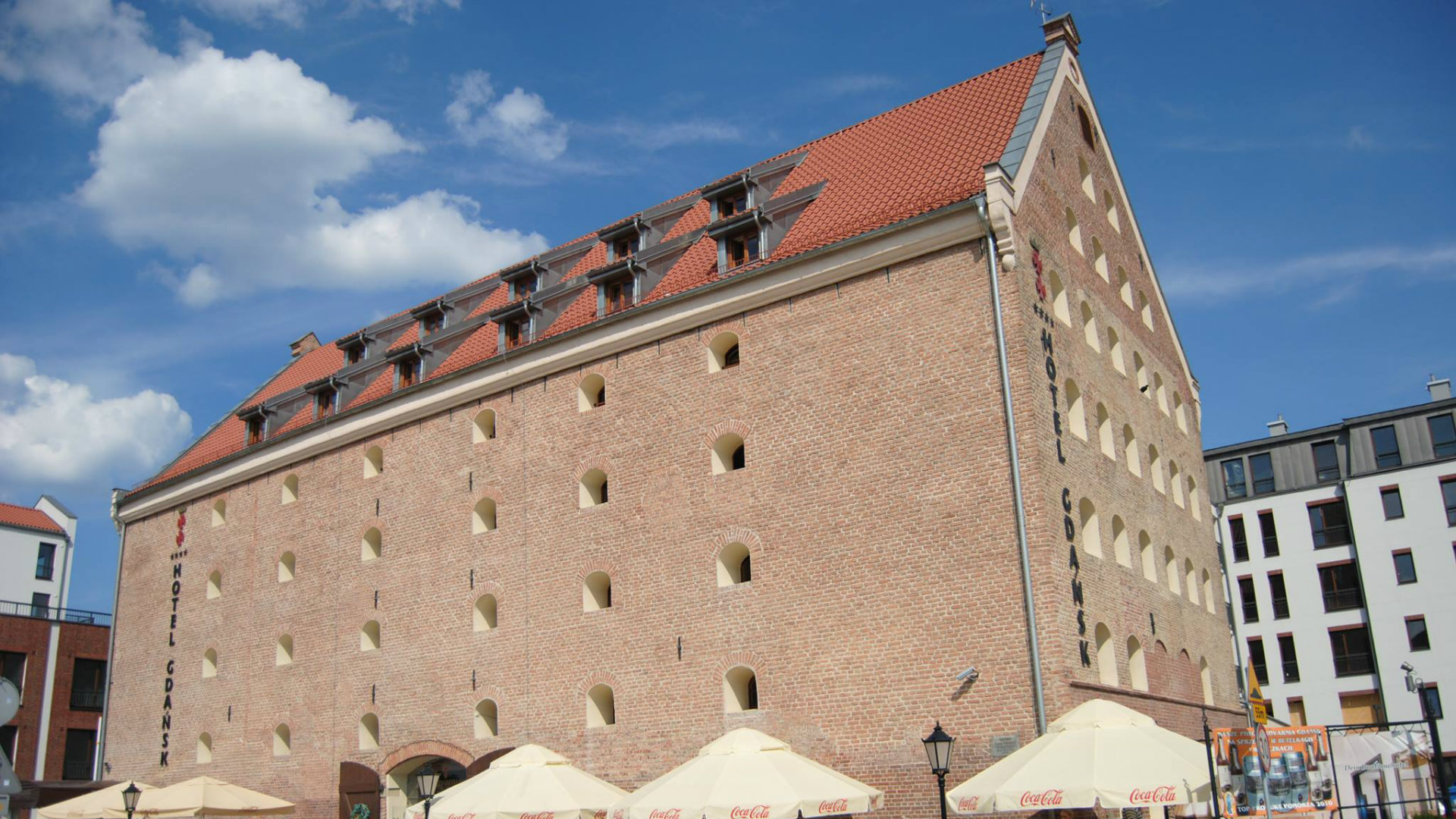 Granary Hotel Gdansk ‘Neue Packhof’ was once a granary.

Hotel Gdansk was once an Old Granary

Gdańsk built more than 300 grain granaries between the 14th and the 16th century. They were built on an island along the Motława river, commonly known as ‘Granary Island‘. As Gdańsk was a rich trading city, they attracted many merchants from all over Europe and beyond. Therefore the granaries got names. Some granaries got names referring to the distant regions and their inhabitants: the Netherlands, Jerusalem, Lubeck, The Hungarian, The Turk. Other granaries were named after exotic plants and animals: The Parrot, The Elephant, The Rhinoceros, The Whale, The White Bear, The Ape, The Coffee Tree, …

The hotel contributed in restoring one of the old granaries like this one. This granary dates from the 17th century. When restoring it, the historical character was preserved as much as possible. Authorities allowed the hotel to use the city’s name ‘Gdańsk’ in the official name of the hotel. This was issued by special rights by the Gdańsk City Council. 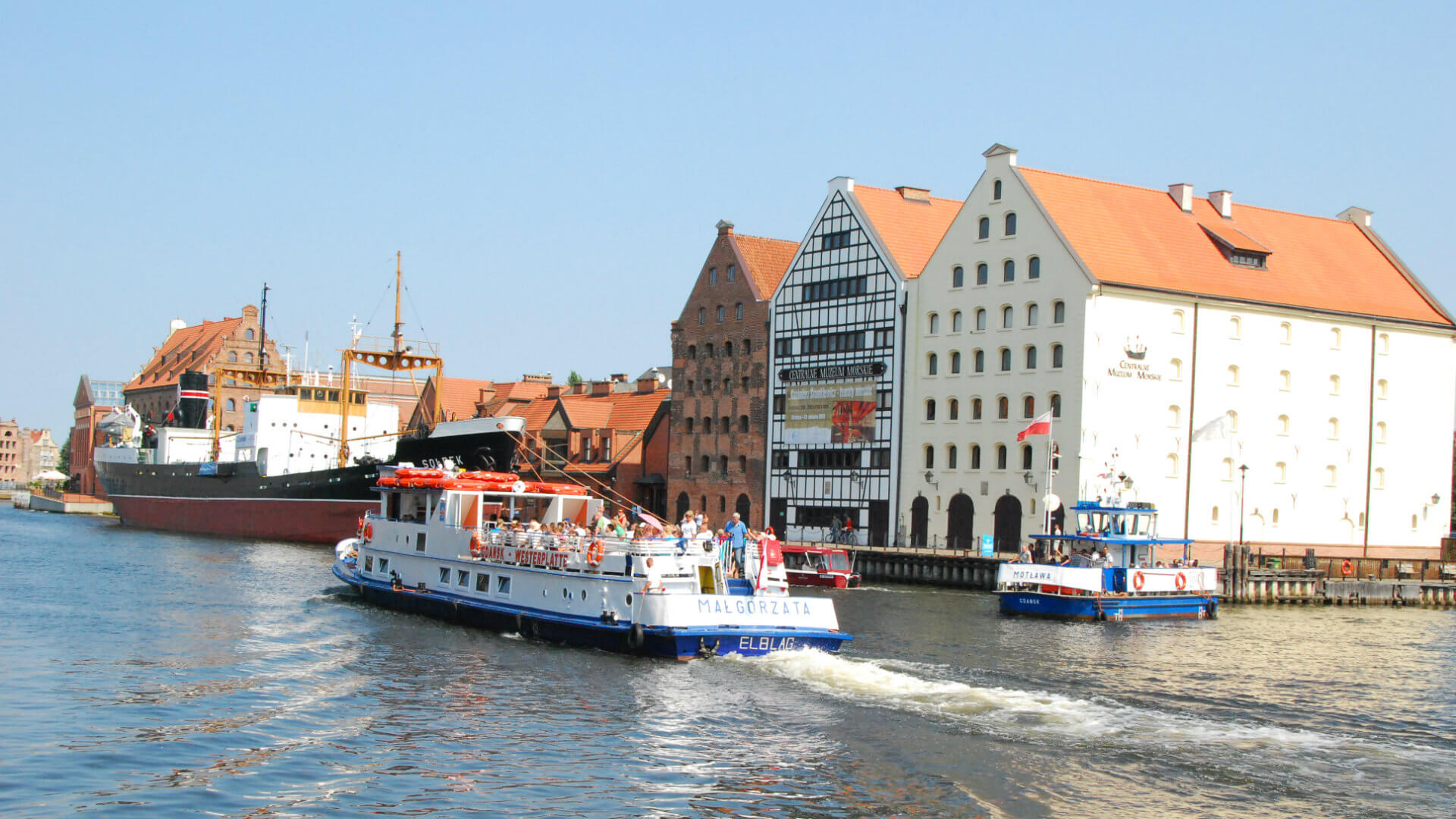 View at the Motława river. Ferries take tourists for boattrips. The buildings were also old granaries.

Granaries were built at the Motława river

A lot of granaries were situated near to a wooden platform at the bank of the Motława riverwhich was used to store the grain that was brought to the city. In 1914, the island had 294 buildings, of which 121 were still serving as warehouses. In 1945, the island was almost completely destroyed during the battles between the Wehrmacht and the Red Army. Almost all granaries were destroyed during WW II.

The word ‘granary’ is derived from the Latin ‘granarium (= gran aria)’, in German ‘Spichlerz‘, meaning ‘grain warehouses’. In Polish ‘Spichlerze‘ is used to describe the place where the granaries were located.