Home About Gdańsk Taking the Tram
About GdańskDiscover GdańskPublic Transport 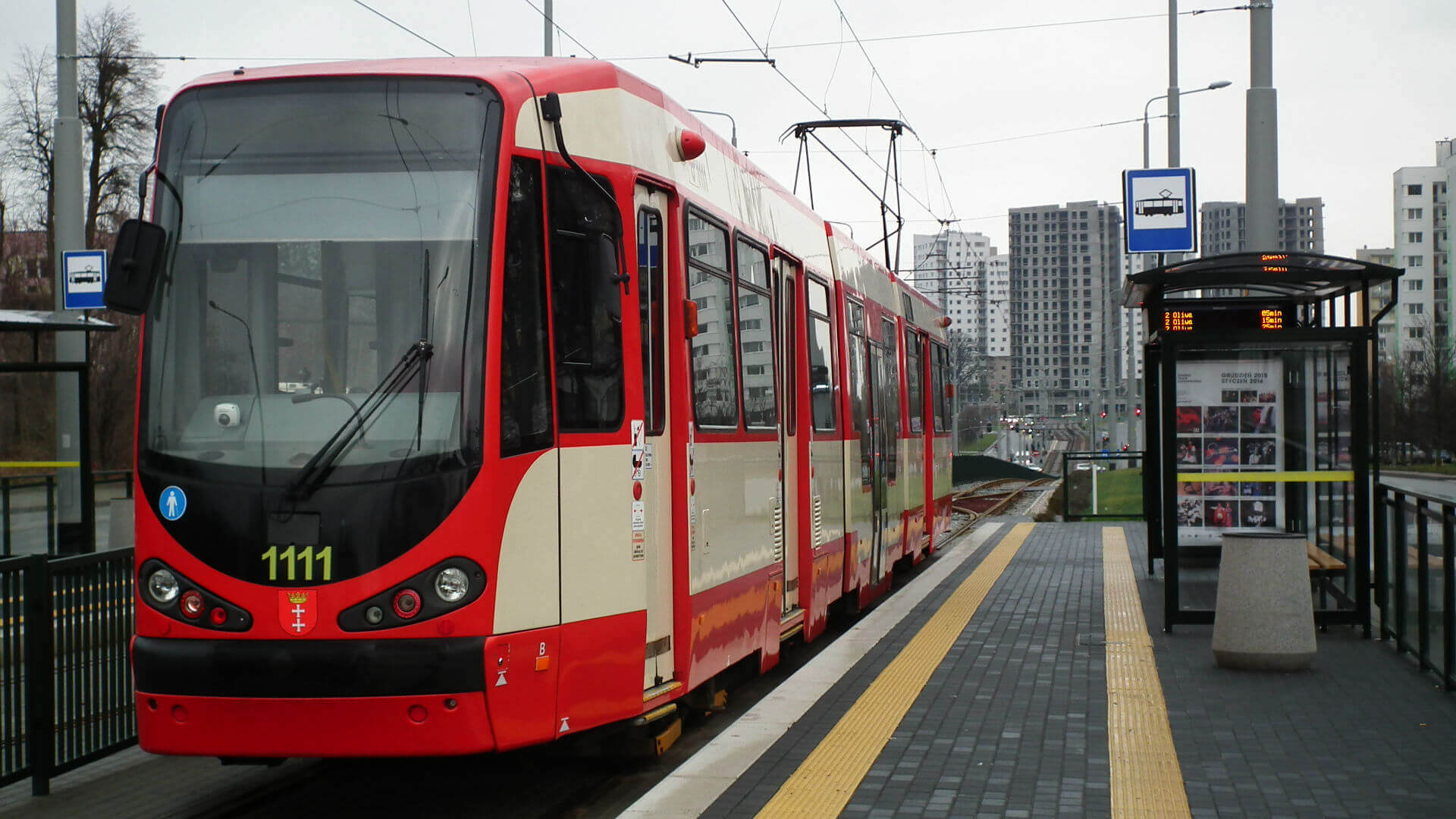 Taking the tram is part of the options to move cheaply in Gdańsk.

Taking the tram is easy in Gdańsk

Travelling by tram in Gdańsk is easy. For some reason however, I do not do this so often. Ashame as the possibilities to travel through Gdańsk are easy.
11 tram lines are going throughout Gdańsk. The most important lines are being discussed below.

For the trams I only use one application that I normally also use when going by buses. I often use an app called: Jak Do Jade (means: How to reach… ?)

With the online mobile version of the application (as alternative for the full website version), you can plan your route ahead and check the timetables. You can also download it from the various shops: Google Play for Android, Windows store and Apple iTunes.
The app offers a combination between various means of transport when browsing for connections and destinations, including the transport by trains.
It tells you the location of the closest bus- or tram station and how much time you need to reach your destination with all the intermediary stops or changes you would have to take in between.

Without going too much in detail of the lines, I will briefly discuss which lines could be useful for tourists basing on the entire track (See the timetable from the official ZTM website). In time I will be adding articles of these places on this blog as well. These places are worth of your visit:

Line 2: This line takes you for a small part through Aleja Grunwaldzka (Openstreet map), which is the long street connecting Oliwa with Gdańsk Głowny (Gdańsk Main Station) which is close to the city centre. Oliwa has an important tram station near Oliwa park which is most definitely worth of your visit (Read more about Oliwa).

Line 3: Brzeźno is one of the quarters in Gdańsk and has a sandy beach with a 130-meter pier. Nice to hang out in summer time in alternative to Gdynia and the trendy Sopot. As much as 50,000 people per day are sunbathing during the peak season per day! Also in autumn and winter time it is a place for nice relaxing walks. Stogi has a beach as well and part of it is known as to the naturist community.

Line 4: Jelitkowo (Glettkau in German) is another quarter in Gdańsk and has also one of the beaches worth enjoying. It is not far from Sopot. It was a famous beach known for its spa and was very popular to Germans as Ostsee-Bad Glettkau.

Line 5: Grunwaldzka, we already have mentioned. The sportive types may decide to bike from Oliwa to Gdańsk Old Town. Galeria Bałtycka is one of the points of interest of Wrzeszcz and is said to be the oldest shopping mall of the city. The main station in Oliwska Street which is located in the Nowy Port district. You can see the lighthouse there. It also is not that far from Westerplatte. You can see Westerplatte from the lighthouse located at the other side of the riverbank.

Line 6: This line will be most interesting for you as you have Jelitkowo – Grunwaldzka – Oliwa – Galeria Bałtycka. This line goes all through the Grunwaldzka boulevard from Oliwato Gdańsk Głowny (Gdańsk Main Station).

Line 7: Also worth visiting is the Opera Bałtycka, The Baltic Opera, named in 2010 by the BBC as one of the 10 best opera theatres in Europe. It has a unique acoustic with scenes that can be changed very quickly during a performance due to the ingenious architectural structure. You will be lucky if during your stay, you could go to a concert in this theatre. Stadion Energa is the newly built soccer stadion, home of Lechia Gdańsk. This line also brings you to the Nowy Port district.

Line 8: The Stogi – Jelitkowo line. Ideal if you like sunbathing or walking along beautiful beaches. The line goes along Podwale Grodzkie (Dworzec Główny) or close to Gdańsk Głowny (Gdańsk Main Train Station) and thus very close to Gdańsk Old Town.

Line 9: Strzyża PKM the train station one stop from Wrzeszcz which is leading to the airport, is close to the university of Gdańsk. It also stops among others at Galeria Bałtycka, Grunwaldzka, and Podwale Grodzkie (Dworzec Główny).

Line 11: Maybe also interesting for you as this line is covering quite some stops we have already talked about, including: Dworzec PKS (you can choose the route through: Hucisko (never heard of) and Dworzec Główny which was already discussed), Grunwaldzka, Galeria Bałtycka and Zaspa which is one of the districts of Gdańsk. Zaspa was built on the exact spot of the first airport that Gdańsk had before the decision was made to build the new one outside the City Centre. It contains mainly ugly high communist style buildings where rooms were to be small to host as many people as possible. You will also find the longest communist building in this area (as long as 1.2 km). Lech Wałęsa lived here during Solidarity times and pope John Paul II visited it on 12 June 1987 during his 3rd visit to Poland.

FOR MORE INFORMATION ABOUT BUS/TRAM TIMETABLES

Same as for buses, you can buy the tickets either at the kiosk, ‘Bilety’-shops, ZTM ticket machines or directly from the driver. Usually I buy a ticket directly from the ZTM ticket machine or tram driver.
On board, you cannot pay by credit card and paying by bills are mostly not accepted. You will need small coins, preferably the exact amount.
You need to validate your ticket prior to boarding the tram through one of the validation machines.

3. There is no tram connection from/to the airport

4. Price of a tram ticket

You will be dropped off at Gdańsk Główny, Gdańsk Main train station which is a stone’s throw away from the city centre. Such a ride will take you depending on traffic about 45 minutes.

It usually cost 3.20 PLN for a single ride or 3.80 PLN for a one-hour, multi-ride ticket that can be combined with other ZTM (bus and tram) lines within Gdańsk. My advice is to have coins and matching the price of the ticket. This is less than 1 euro/dollar.